This week we had two caterpillars on our rush milkweeds. 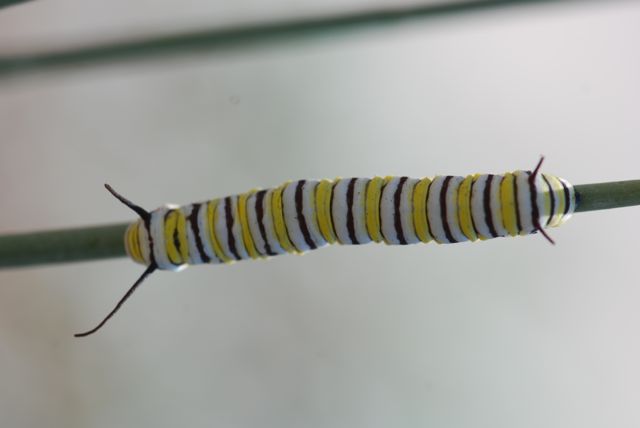 At first glance they look quite similar. 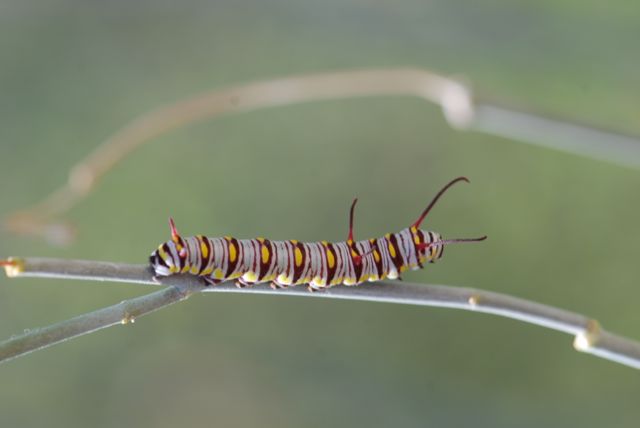 Both have bands of color and filaments (also called tubercles) that look like antennae. 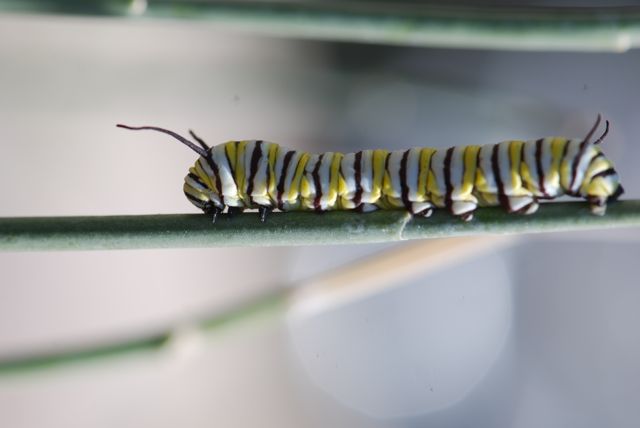 Looking more closely, it is apparent that this caterpillar has two pairs of filaments, one pair in front and one pair in back. In addition, its bands of color are unbroken. 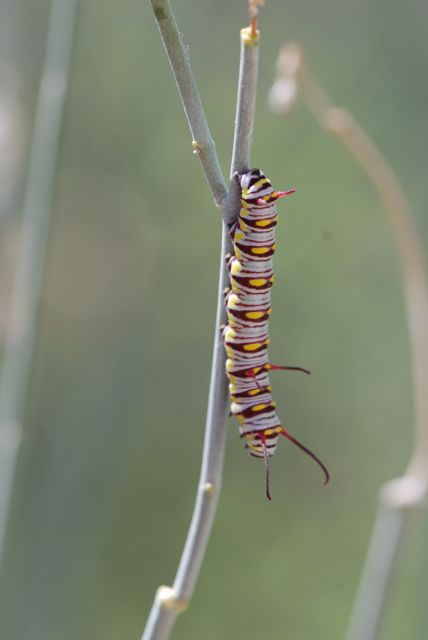 This caterpillar has three pairs of filaments and some of the dark bands have droplets of yellow in them.

Do you know what species of caterpillars these are?

Note on the filaments (tubercles):  These threadlike projections are often mistaken for antennae. Caterpillars do have antennae, but they are only tiny bumps on the front of the head near the mandibles. The filaments vary in length and are occasionally missing.

Caterpillars like these can move their filaments, sometimes in a jerky motion.