What would you do if you saw a cluster of these insects on your tree? 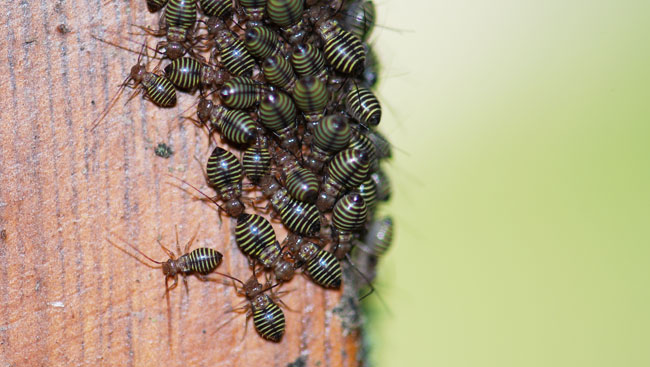 They do look a bit odd, like creatures from a Dr. Seuss book with yellow and black striped pajamas . 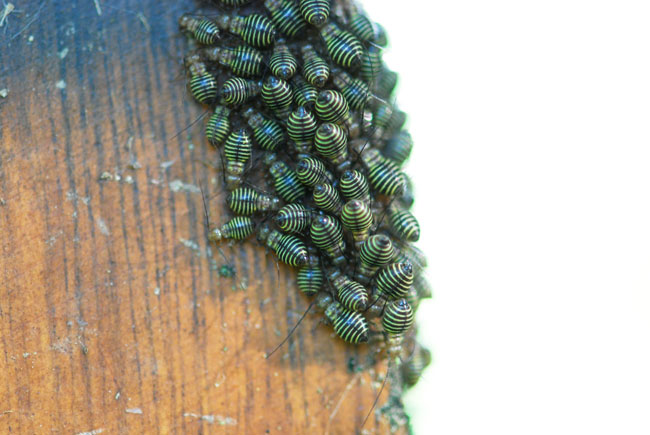 No worries, though. They are bark lice nymphs, Cerastipsocus venosus (family Psocidae) and they are actually quite cool.

The nymphs have plump abdomens, rounded heads and long antennae. The adults look similar, but have wings which fold over their backs. BugGuide has photographs of the adults.

Bark lice are found on the bark of trees, but the name is unfortunate because they aren't really like the parasitic lice that animals get. 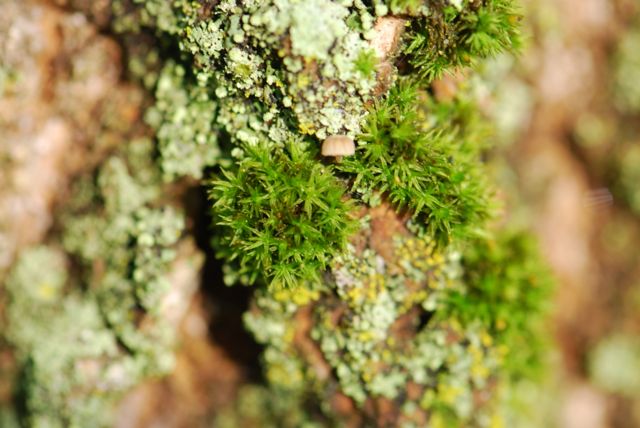 Instead bark lice feed on lichens, debris, etc. found on the outside of trees. A better name would be "bark groomers". 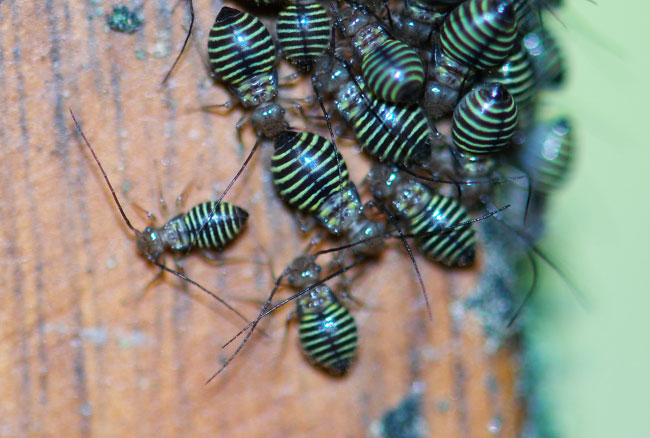 They also go by the common name "tree cattle" because they group together in tiny "herds". When disturbed, they run together, looking like a herd of cattle stampeding.

This video shows their swirling movement while trying to escape a potential predator (stick).

Doesn't it look like a flock of migrating birds moving together in the air, turning this way and that? 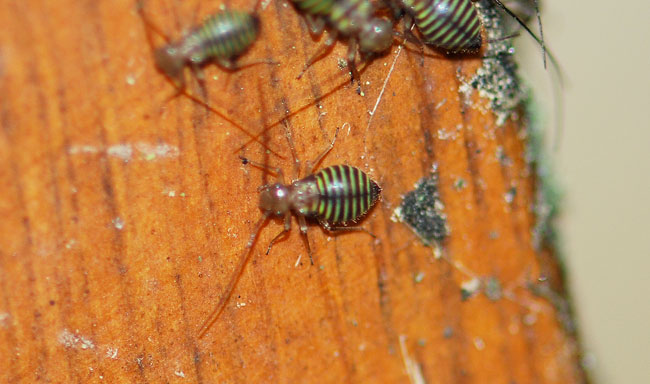 We found these tree cattle in western New York State, but you might see them throughout North America's Eastern Deciduous Forest.

So, now that you know what they are and a little bit about them, what would you do if you saw these benign insects?

3 thoughts on “Bug of the Week: Bark Lice or Tree Cattle”