Do you remember the mysterious bug I found under a rock last week?

Are you ready to find out what it is? 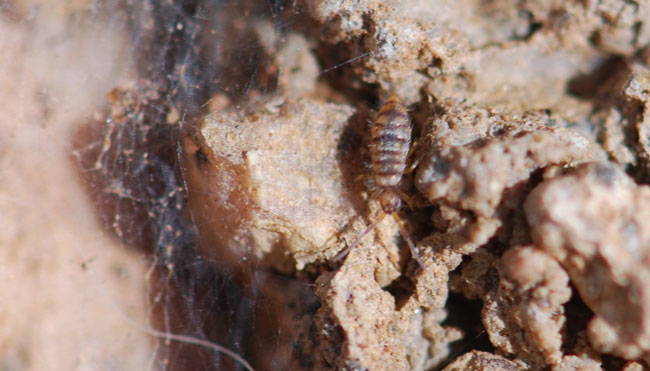 It is a springtail or Collembola.

Even though springtails have six legs and antennae, they are not currently classified as insects because their mouthparts are inside their heads. The mouthparts of insects are on the outside (where you can see them). 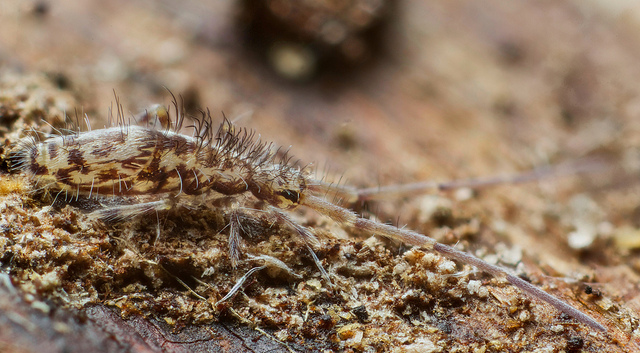 The name springtail comes from the fact many kinds have a special appendage called a furcula that tucks under the abdomen. When released, the furcula bangs against the surface and shoots the springtail up into the air.

You can view the furcula in action in this short video from the BBC.

As you can see, some springtails are quite oddly shaped, but kind of cute.

Springtails are not uncommon, but because they are tiny and live in leaf litter, under rocks, or in the soil, we often don't notice them. In fact, we haven't featured one for Bug of the Week before now. Maybe we should try to find some more.

Have you ever seen springtails? Where did you find them?