The rush milkweeds are flowering like crazy this week. 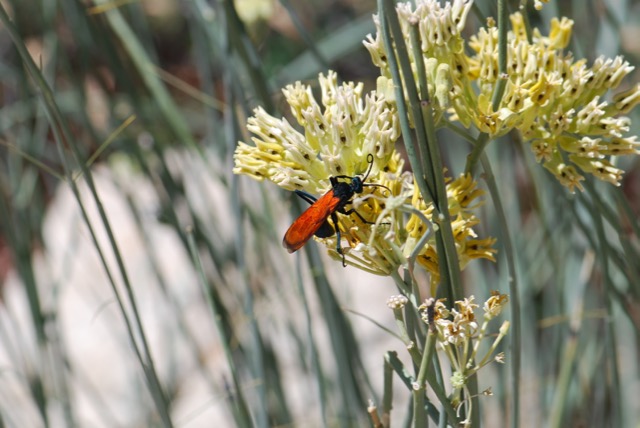 Not surprisingly, this tarantula hawk wasp was taking full advantage (I've written about the relationship between rush milkweeds and tarantula hawks previously.)

This one reacted to my approach and flew away. 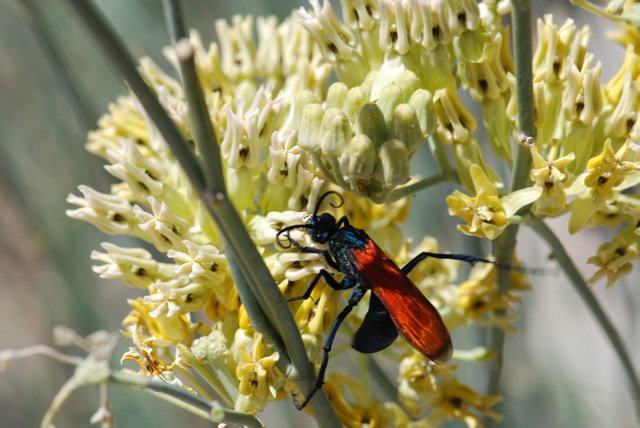 It went to another plant, then returned. It continued to watch me.

I was surprised it was so timid because the female wasps of this species are armed with a potent sting. At first I thought it might be a male, which wouldn't have a stinger, but typically the females are the ones with the curled antennae.

It is hard to see at this resolution, but the wasp has a patch of dirt on the side of her thorax. That's pretty common. The females sting tarantulas or other spiders and drag them into a burrow underground. They often wear dirt.

As for being timid, I guess I'm scarier than a tarantula.

2 thoughts on “Bug of the Week: Timid Tarantula Hawk Wasp”