So, look who I found floating in the cats' water bowl this morning. 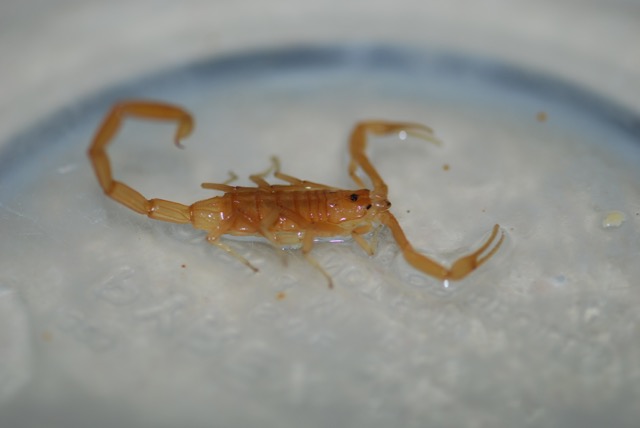 How did it get there? The first guess is that it climbed in looking for water. Given that water bowl is glass and scorpions can't climb glass, it doesn't seem likely. 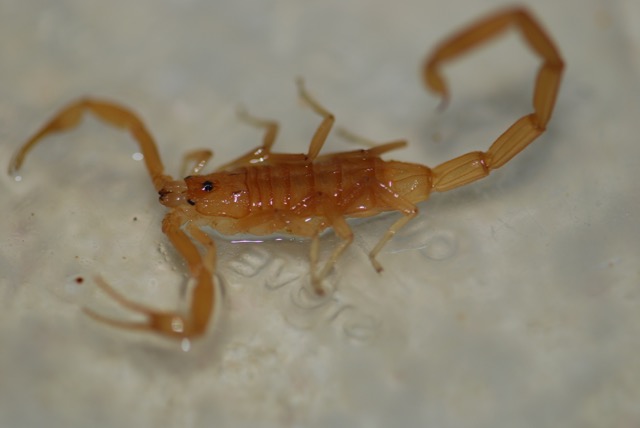 Guess two is the cat who likes to dip his "toys" in his water bowl caught the scorpion and decided to "wash" it. In any case, apparently scorpions aren't good swimmers.

I recently saw a photograph of a grasshopper fluorescing under UV light. The photographer said he used a regular camera to capture the image. Ever since, I've been eager to give it a try. Because even drowned scorpions are known to fluoresce,  here was my chance. 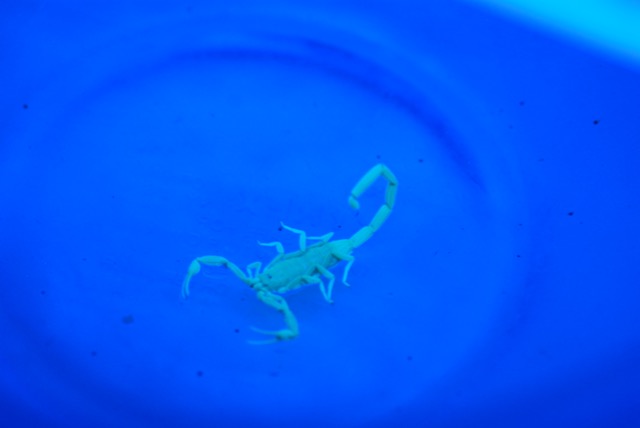 I took the bowl with the scorpion into a windowless room and turned off the light. Then I turned on a UV light (blacklight). The scorpion glowed a greenish color. I used the "night mode" setting on my camera to capture the above photograph (I think I need to work on my method.)

Why do scorpions fluoresce when exposed to ultraviolet light? The current theory is that it is part of a chemical process in the scorpion's "skin" that allows it to detect and avoid ultraviolet light. This makes sense because scorpions are active at night and hide under things away from the sun during the day.

Now if they could only avoid water...

1 thought on “Bug of the Week: Scorpion in the Water Bowl”