A few weeks ago a friend and I visited the Desert Botanical Garden. As we passed by a Texas Mountain laurel plant, I noticed a caterpillar. 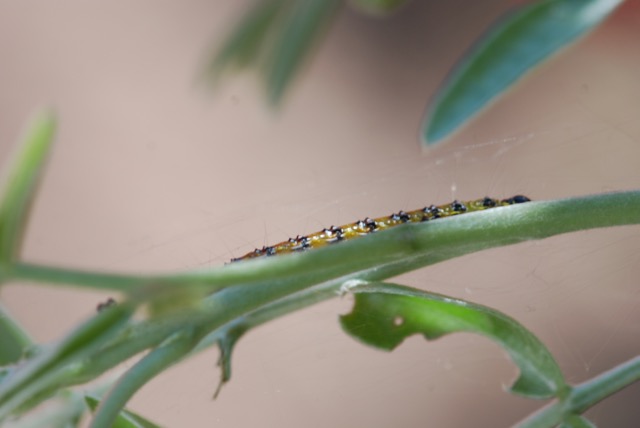 Okay, maybe I knew where to look.

A couple of other people came by, and saw that my friend and I were peering into the bush. I was struck by how different their reactions were. 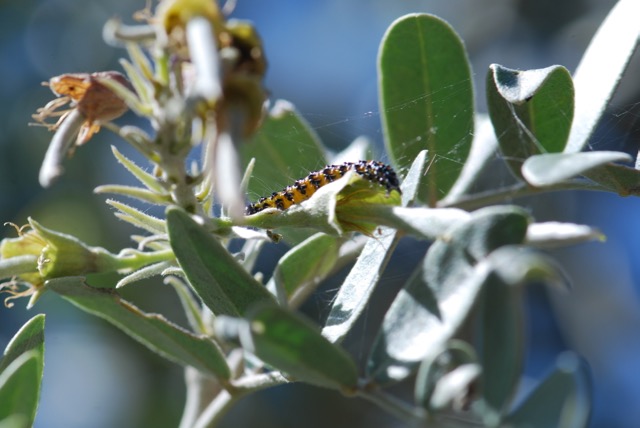 A young boy spotted one and exclaimed, "Look, a caterpillar!" Soon he had found one after another, excited at each one, pointing them out to us. 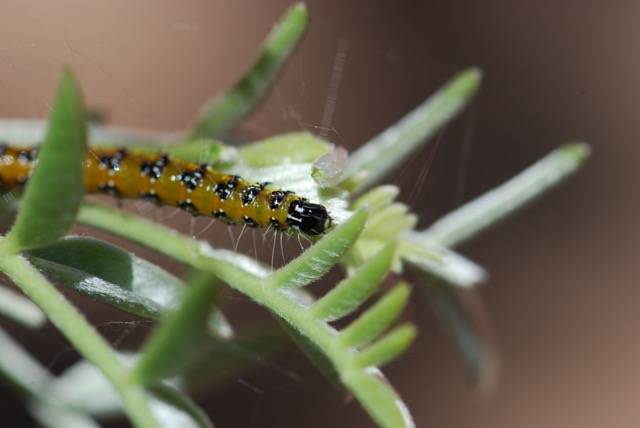 Obviously, each of us has a unique perspective. For example, I knew the insects were called genista caterpillars, Uresiphita reversalis, and when they finished development they would turn into a moth. I've seen genista caterpillars every year in the spring on Texas mountain laurel plants for over a decade. The caterpillars feed while the plant is flowering, then disappear--pupate and overwinter as a pupa -- until the following year (see a photograph of an adult and a pupa). Generally the plant recovers after the caterpillars pupate, so no need to do anything about them.

Even though everything seems to be changing (the garden is now closed), there's always hope that we can expect to see genista caterpillars again next year.

Have you ever seen a genista caterpillar?