What's happening on the rush milkweed this week?

No caterpillars yet, but we do have a butterfly. 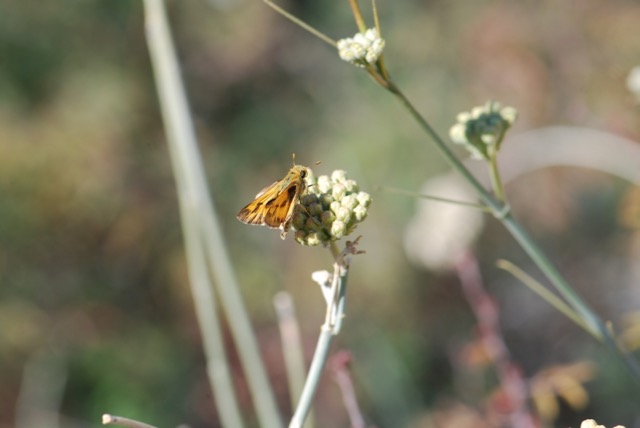 Recognize this little guy? He has antennae with hooks at the tips and oddly folded wings, so he is a skipper.

Any idea what he may be doing? Let's look from another angle. 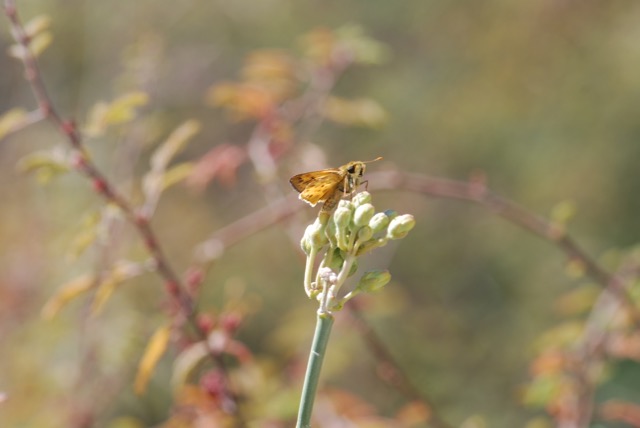 This is a flower bud, so he isn't feeding. I don't know if you can tell, but he's positioned so his back is to the sun.

I caught him on several other plants in the same orientation. If it had been a cool morning, I might have suspected he was warming up. However, the temperature is currently in the high 80s Fahrenheit. 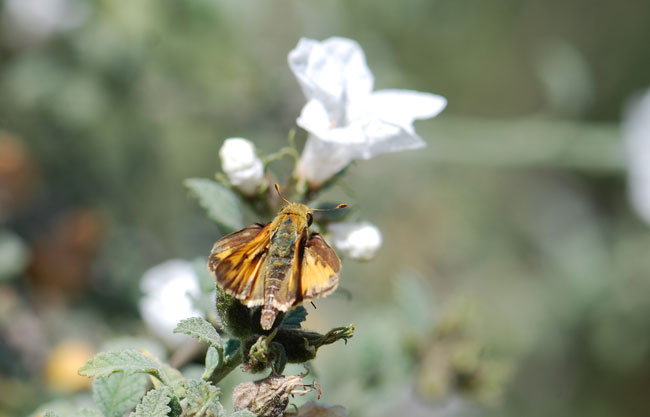 It turns out male skippers have dark patches on their wings called androconial scales that release pheromones to attract females. This male is perching and displaying.

This photograph doesn't show it well. You can see the bands on the wings better by scrolling down to the skipper section in this butterfly wing anatomy article.

I also wonder if the teal green color on the thorax might be of significance.

Skipper larvae feed on grass. In our neighborhood more and more of the grass lawns are being replaced with artificial turf, which is good in the desert because it requires less water, but unfortunate for skippers.