Imagine you are one of the hungry bees from last week. Which of these lovely flowers would you chose to visit for lunch? 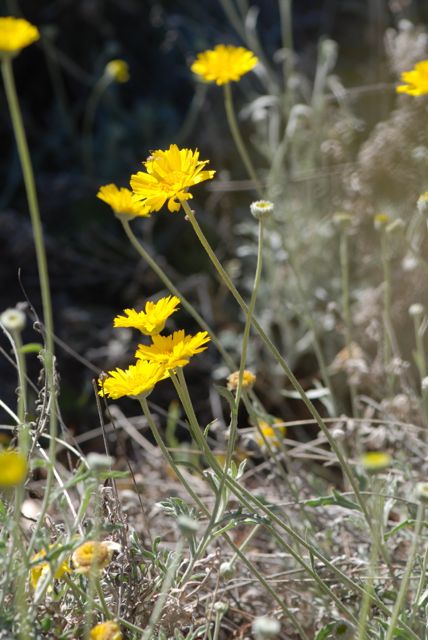 There is one flower in this photograph a bee might want to avoid. Do you see which one? It is towards the top. 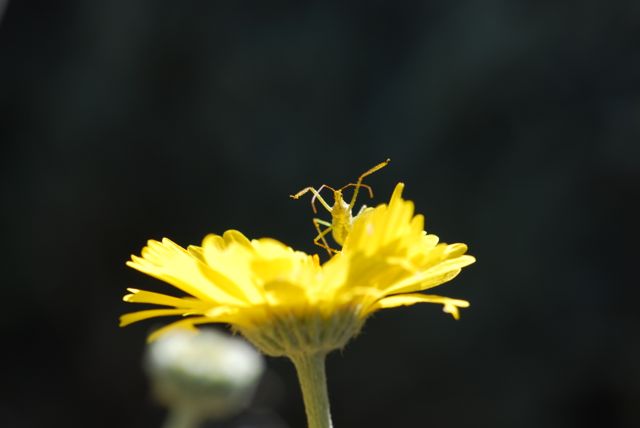 Maybe you will notice it as you approach the flower. 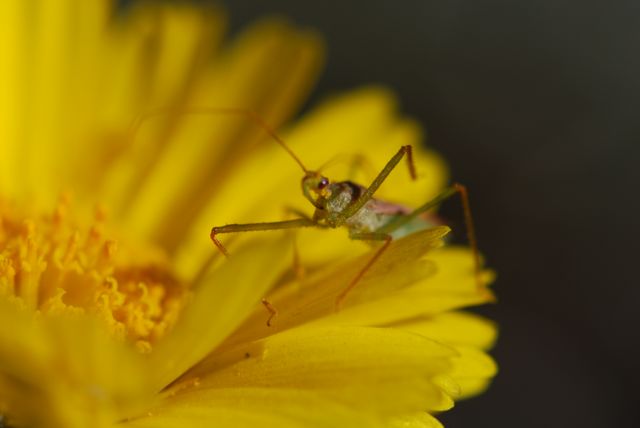 An assassin bug wants its lunch as well.

Can you spot the insect hiding in the yellow bells flowers? 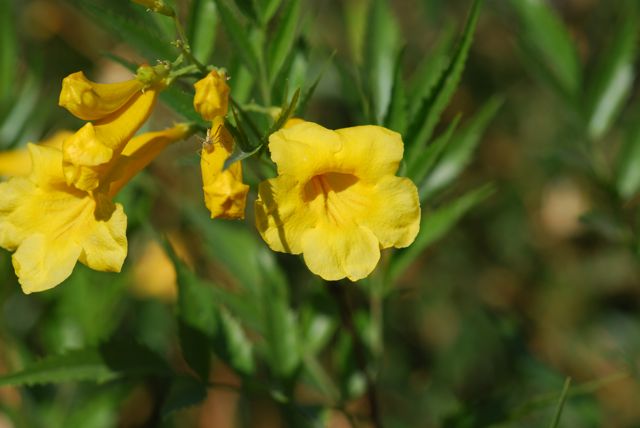 It is probably waiting for an insect to stop by the flowers to gather nectar and pollen. 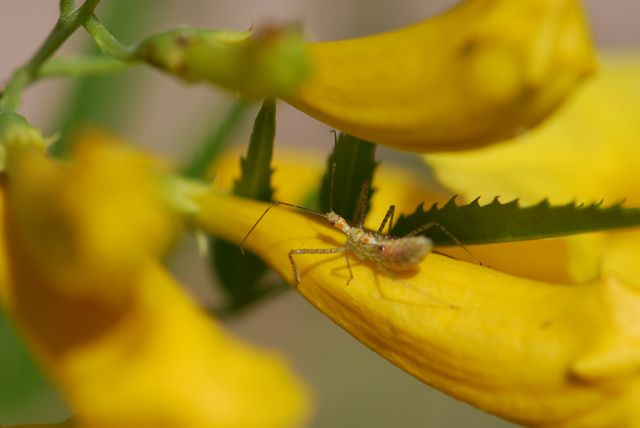 It is an assassin bug nymph... 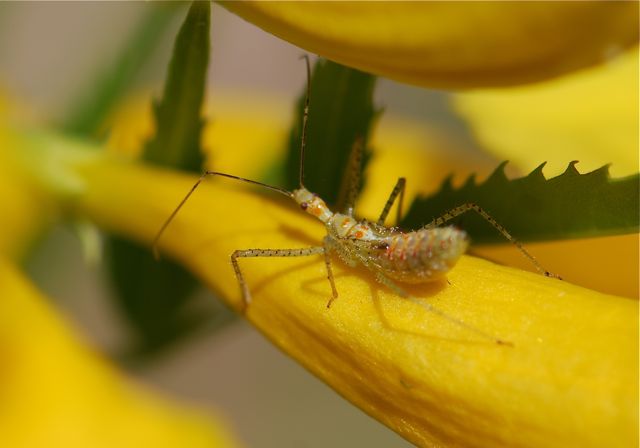 ...waiting for its next meal.

It is a nymph rather than an adult because its wings are not fully formed yet. You can see the wing buds along the sides of the thorax (midsection). 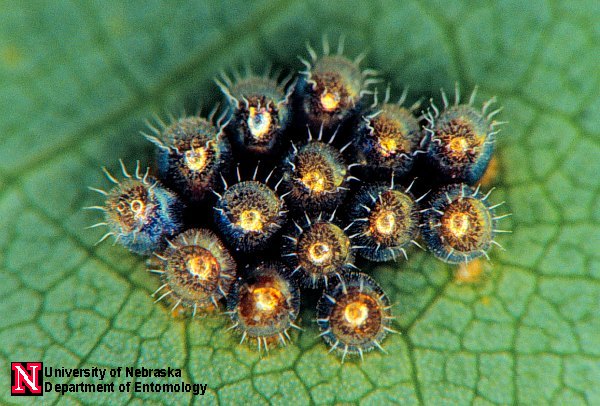 The adult will lay eggs similar to these to start the cycle all over again.

Are insects still active where you live?

The name says it all for this insect. It is the yellow-bellied bee assassin bug (Apiomerus flaviventris). This species seems to be found most commonly in Arizona. It waits for bees to land on flowers and then grabs them. 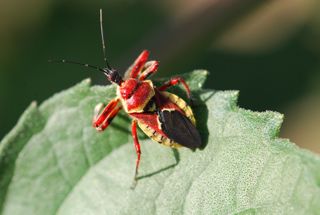 Colorful isn't it?  Thanks to Deb for suggesting the trip to the garden where we saw this.