Ever read an ingredient on your shampoo called jojoba (pronounced ho-ho-ba)? The mystery seeds from last week were from the jojoba plant (Simmondsia chinensis). 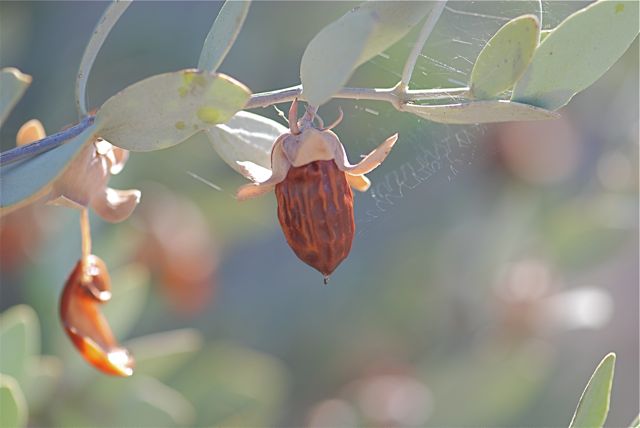 The fruit are acorn-shaped and contain a hard seed inside. The seeds can be pressed to yield a useful oil. It is used in hair care products and cosmetics, and could be a potential source of biodiesel. 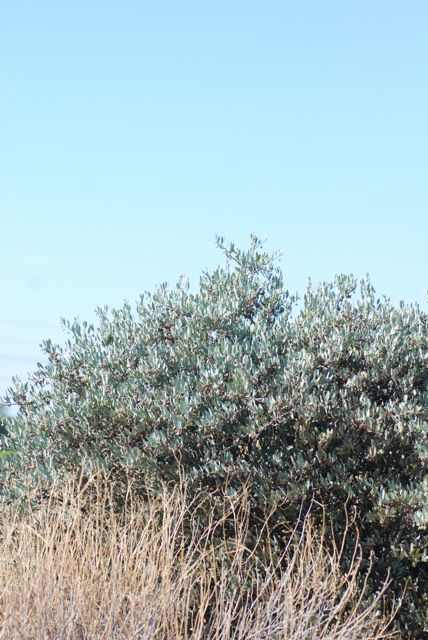 The plant grows as a bush that gets up to seven feet tall and is a light grayish- to bluish-green. Jojoba is native to Arizona and was used by American Indians as a food and medicine (the seeds were roasted.) 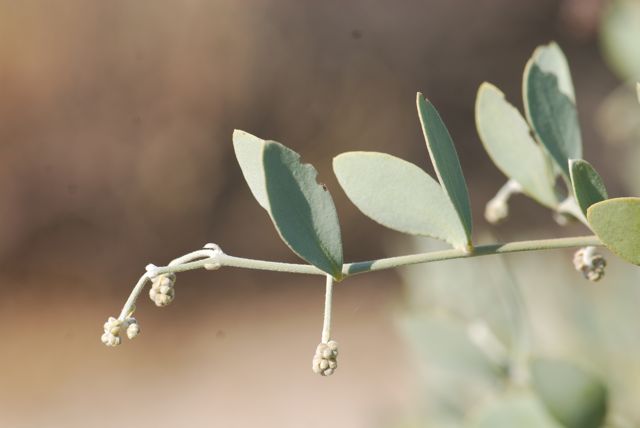 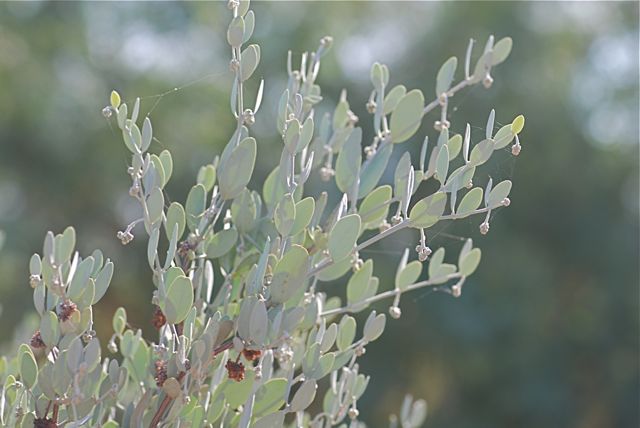 The male and female flowers are on separate plants. 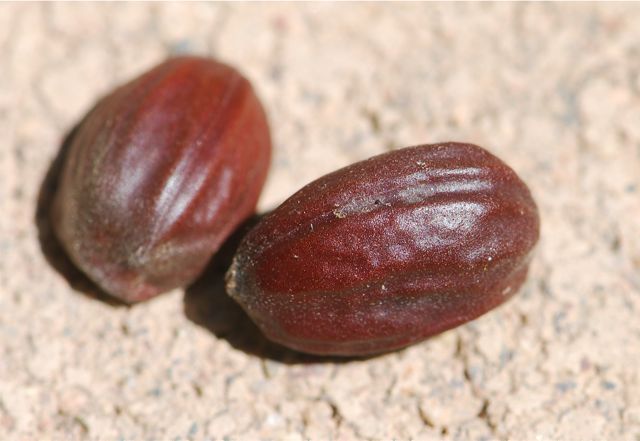 The seeds were once used as a coffee substitute, thus the common names of coffee-bush and coffee berry. It is also called goatnut and deernut because it is a source of food for wild animals.

What an interesting plant!

Note:  Mystery seed is going on vacation today, but it will be back next Tuesday.