Insects are not always easy to identify. 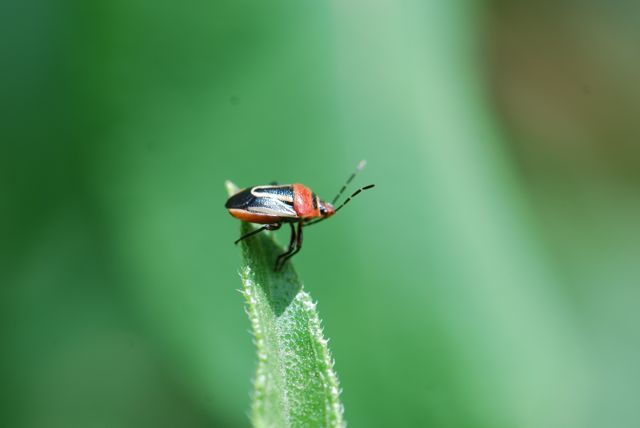 Take this cute little guy. Is it a beetle or is it a bug? 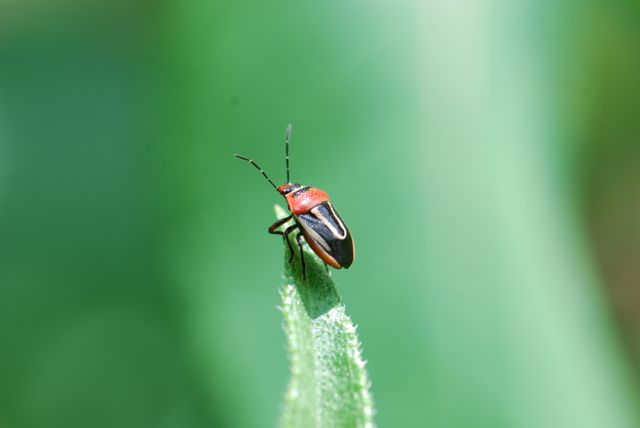 Because it has a shield shape in the middle of the back and a beak (the mouthparts you see tucked under the head), it's a shield bug (also called stink bug). 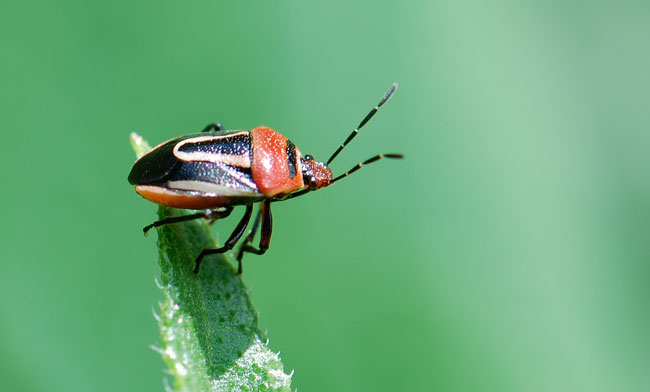 Now comes the hard part. Some shield bugs, like harlequin bugs for example, feed on plants. Some are predatory and feed on soft-bodied insects like caterpillars. How do you tell which is which? A rough rule of thumb is if the beak is thicker than the bug's antennae, then it is a predator. If the beak is about the same thickness as the antennae, then it is a plant feeder.

This little guy is a predatory kind in the genus Perillus. Best to let it go about its business.

Spring is about to burst forth here and more insects are starting to appear again. 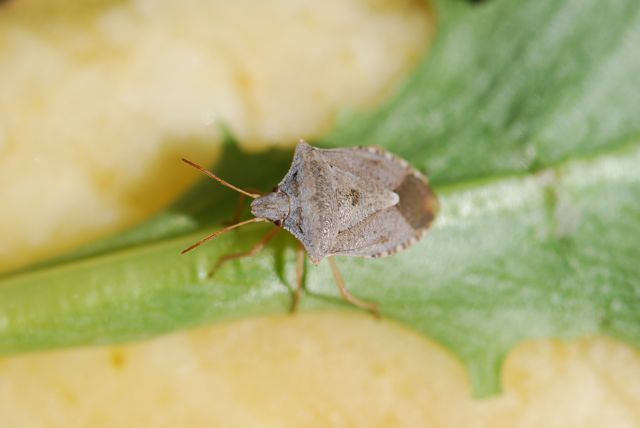 Take this stink bug, for example. It wandered up out of the foliage while I was watering. 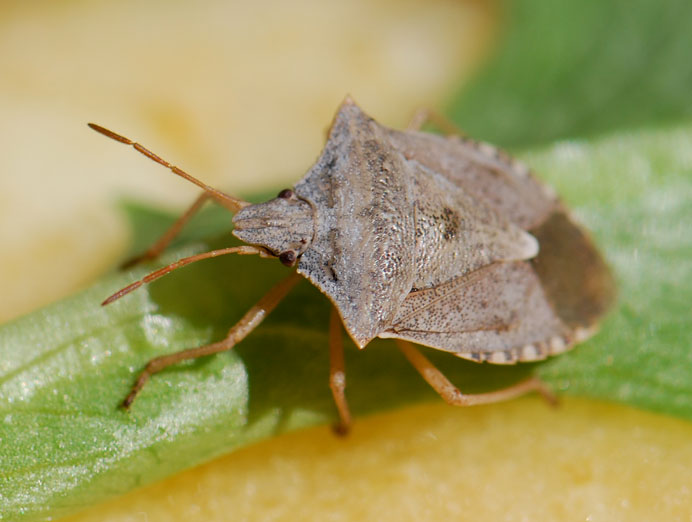 How do I know it is a stink bug, family Pentatomidae? First of all, it has a wide, flat back that is shaped like an old-fashioned shield. That is why another common name for this group is "shield bug." I know it is a bug because of the triangular-shaped piece in the middle of its back, called a scutellum.

Why are they called stink bugs? Many members of the Order Hemiptera release a distinctive odors from special glands whenever they are disturbed. Some of the odors, but not all, are unpleasant. This one never produced an odor while I was watching it. 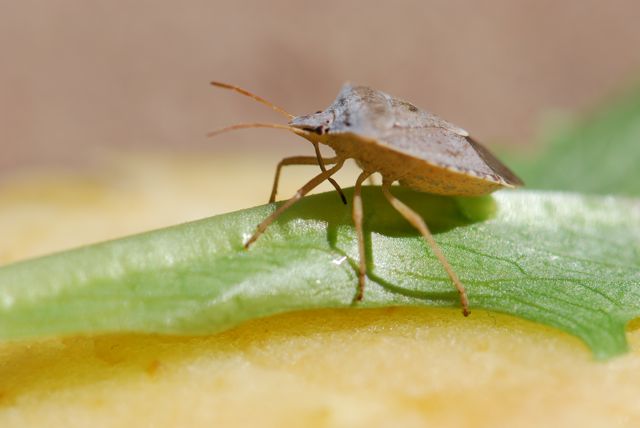 As a group, stink bugs are unusual because some are plant feeders and others are predators of insects. How do you tell which one you have? If you are an experienced entomologist you will check the proboscis, or straw-like mouthparts. The plant feeding types have a thinner, more flexible proboscis.

The fact it is feeding on the lettuce I offered it is another big clue. 🙂

Check out the cool illustration of stink bug anatomy I found:

(It is by Giancarlodessi at Wikimedia)

Stink bugs aren't the prettiest insects in the world, but don't you think they are more interesting once you get to know them?