Not many insects are out and about here today, so I thought I'd do something a bit different. A few weeks ago we found out about classification of organisms. Today let's take a look at five of the main orders of insects and how to recognize them.

Scientists who name insects have grouped them into about 30 different orders (the exact number is still under debate). However, five of the orders are the most common.

1. Beetles (Order Coleoptera) - Of all the more than one million species of insects, beetles are by far the most numerous. There are an estimated 350,000 to 400,000 different species of beetles!

Characteristics:
Adults with hardened front wings called called elytra. Hind wings are generally under the elytra and are membranous (sort of like plastic wrap). 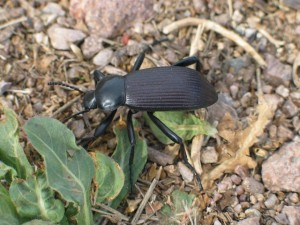 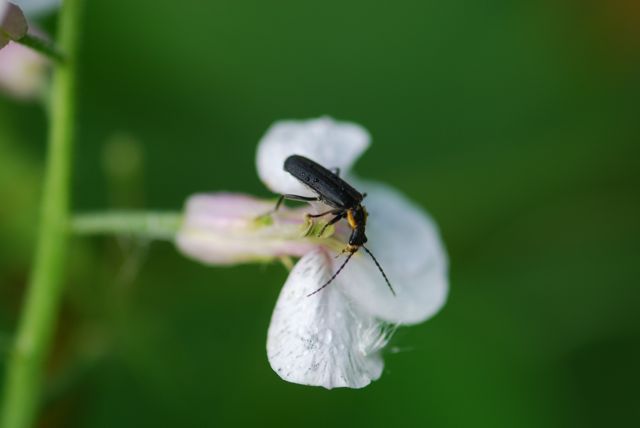 Beetle larvae are grubs or worms with a distinct head. 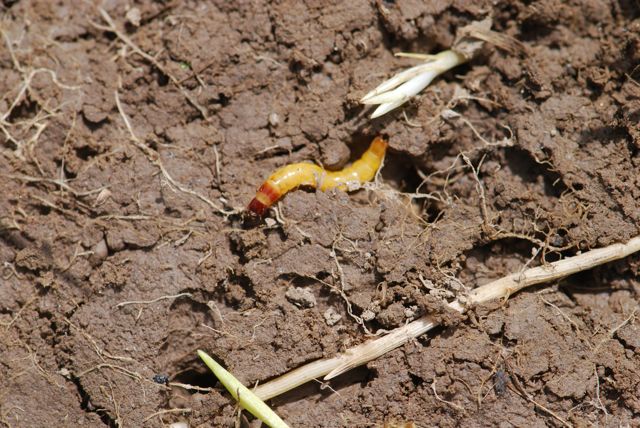 One type of beetle larva is called a wireworm.

See the life stages of a carpet beetle

The order name of this group means "two wings." Unlike all other insects, adult flies have only two wings, rather than the more common number of four. (The second pair of wings have been reduced to a knob-like structure called a haltere.) 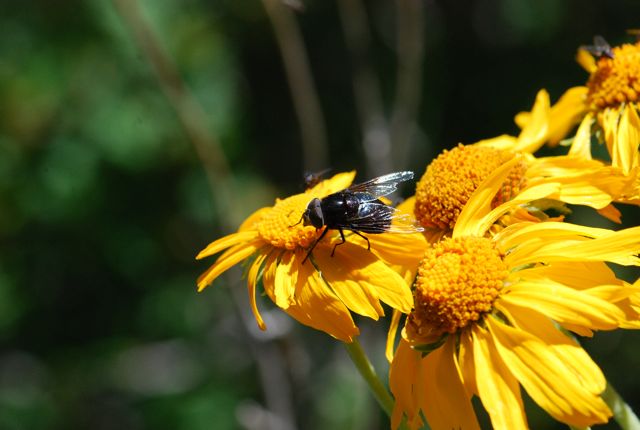 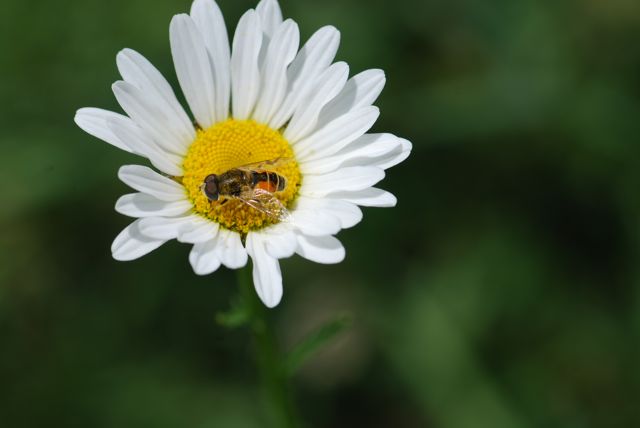 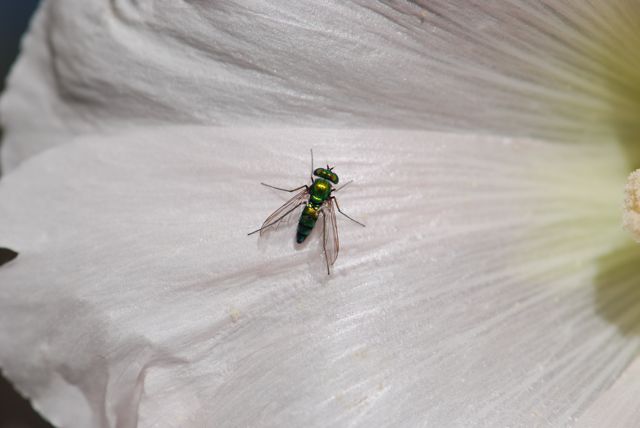 Most adult hymenoptera have four membranous wings, with the forewings larger than the hindwings, although it might be hard to tell in a resting insect because their wings are folded. Many bees, wasps and ants have a stinger, which they use to defend themselves or subdue prey. Bees and wasps, in particular, have black-and-yellow or black-and-red warning coloration. 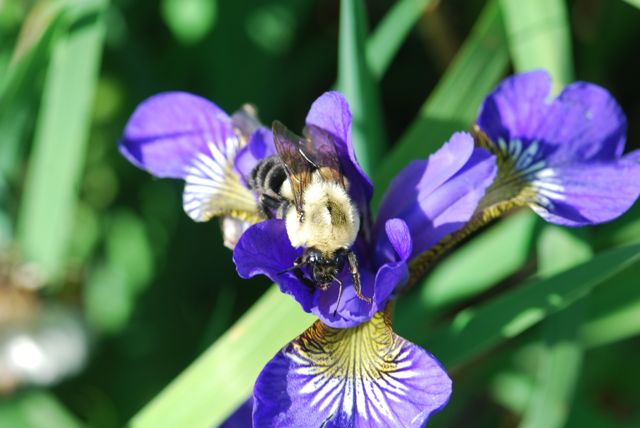 Bees have robust bodies and are usually quite fuzzy. 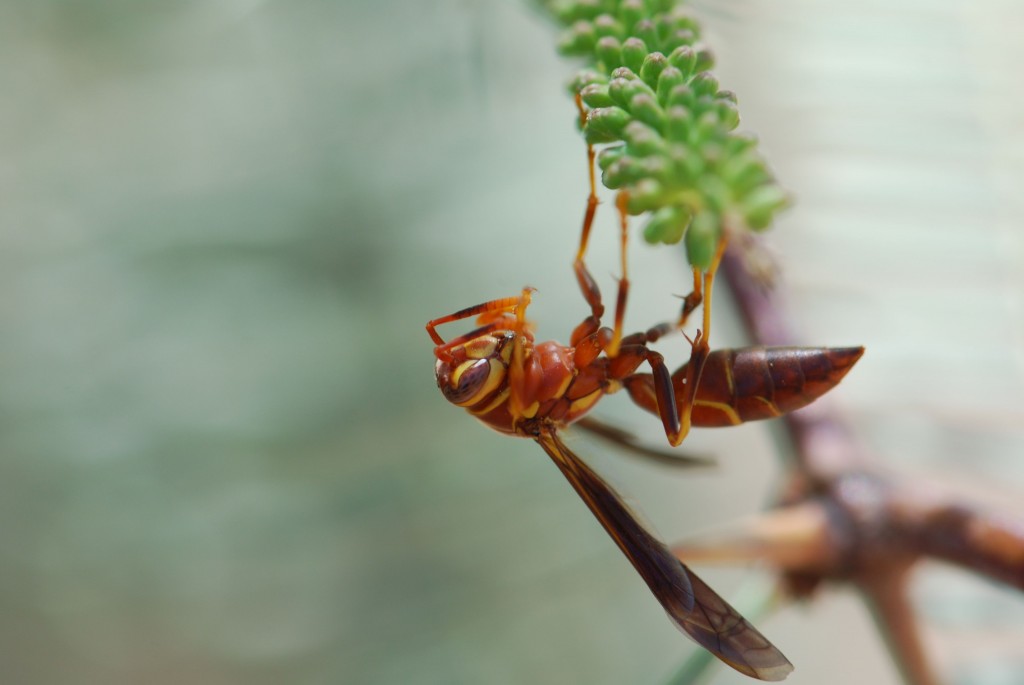 Wasps are usually hairless and shiny. 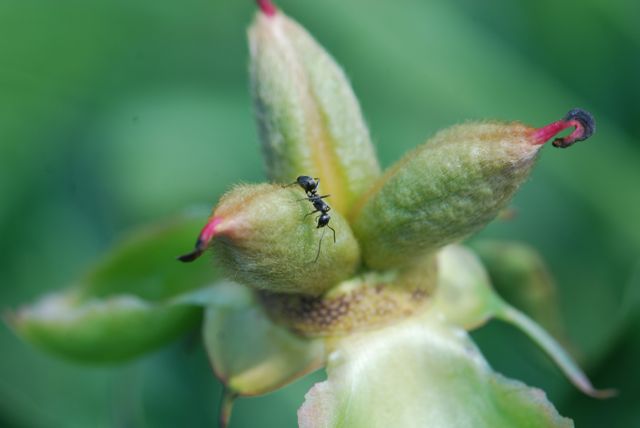 Ants have antennae that bend in the middle, like an elbow. 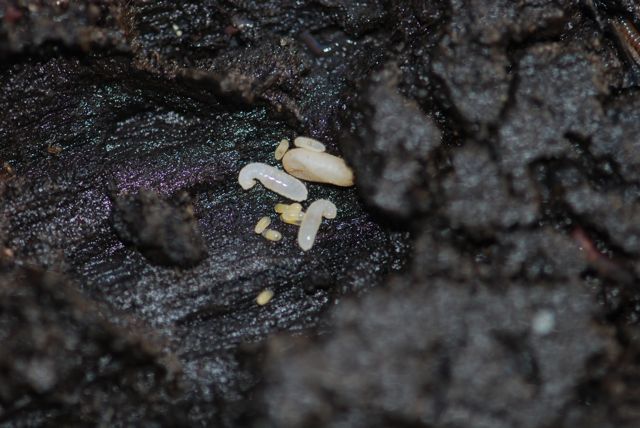 Ant larvae are shaped like a crochet hook. They have a head, but no legs. The smaller, yellowish ovals are the eggs. The beige sack towards the top right is a pupa within a cocoon. 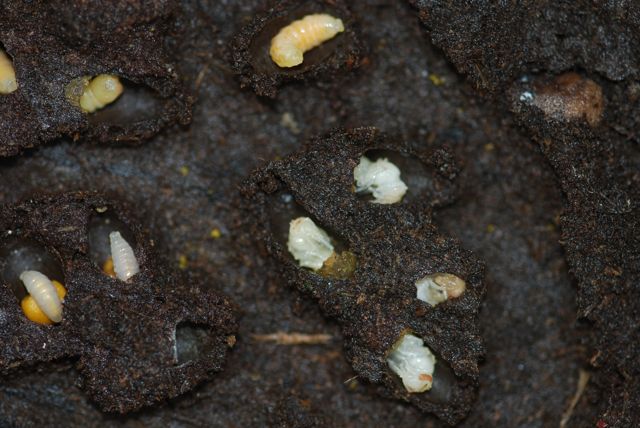 Bee larvae also lack legs. The larvae are on the left, sitting on the bright yellow bee bread that they use for food. The four white objects on the center/right of the photograph are pupae. You can see some of the characteristics of the adults, like eyes and mouthparts, in the pupa. 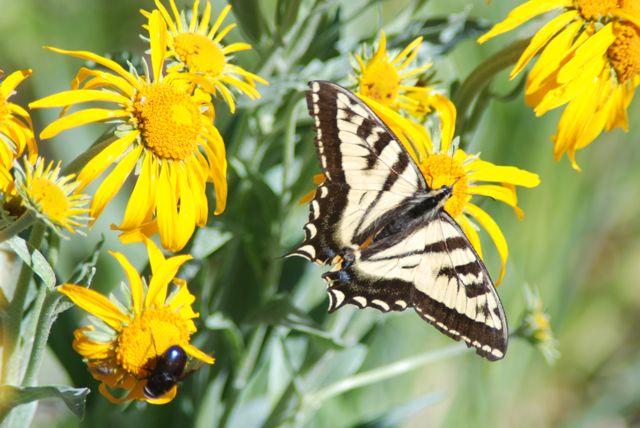 Butterflies are brightly colored and fly by day. 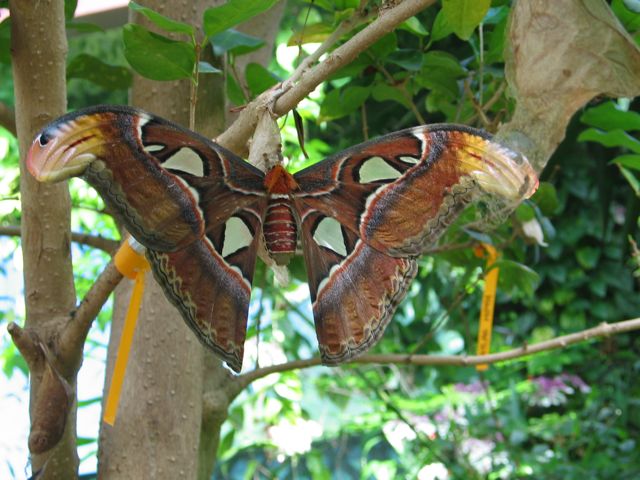 In general, moths (like this atlas moth) are more drab and fly at night.

The larvae of butterflies and moths are called caterpillars. 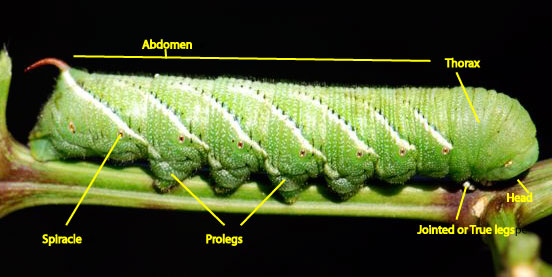 See this post for photographs of the butterfly life cycle and more information.

5.    True bugs, as well as aphids and cicadas (Order Hemiptera)

Insects in the Order Hemiptera have sucking mouthparts that suck up fluids rather like a turkey baster.

The "true bugs"have interesting wings that are half leathery and half membranous. They also have a triangle-shaped piece in the middle of their back. 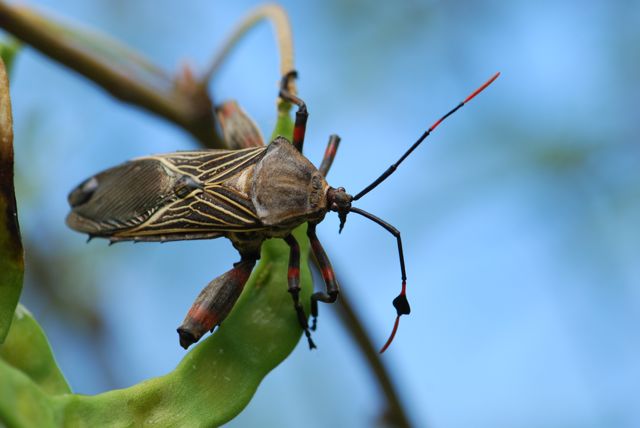 The membranous part of the wing is between the two raindrops in this photograph of a mesquite bug. Can you also see the triangle (just to the right of the center raindrop) and the sucking mouthparts? 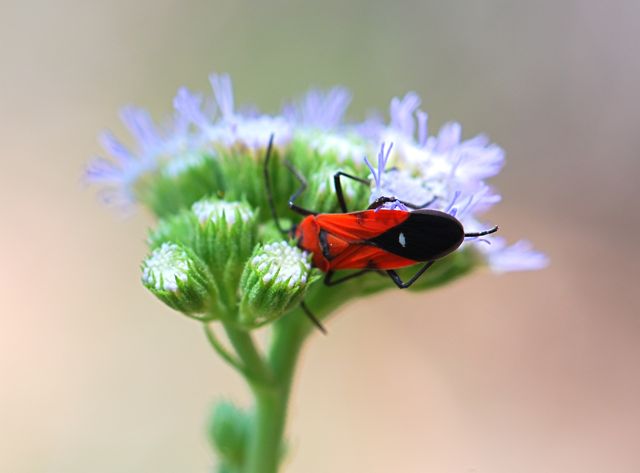 In this milkweed bug the membranous portion of the wing is black, the leathery part is red. Can you see the triangle?

More about mesquite and squash bugs

The aphids, cicadas, leafhoppers and their relatives have wings that fold like a tent over the rear section or abdomen. 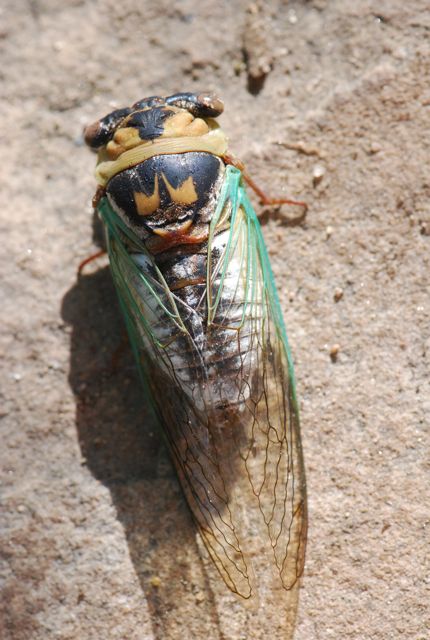 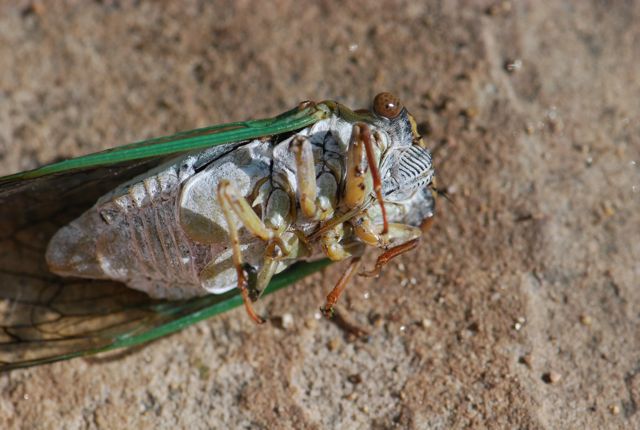 ...you can see the mouthparts as a tube running between the bases of the legs.

Hemiptera have incomplete metamorphosis, which means they have three life stage:  egg, nymphs (that look mostly like an adult, but lack wings) and adults. 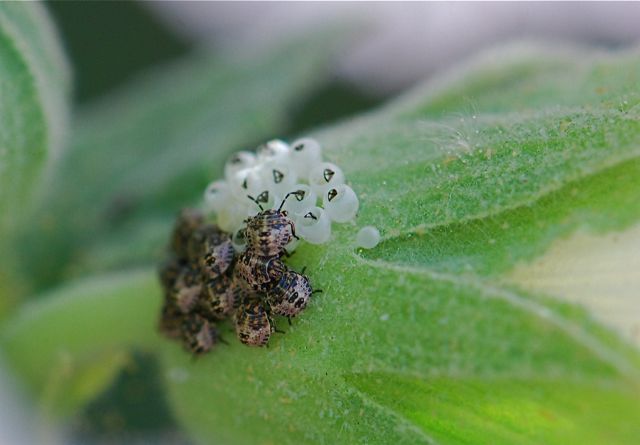 Here are stinkbug nymphs that just hatched from eggs. 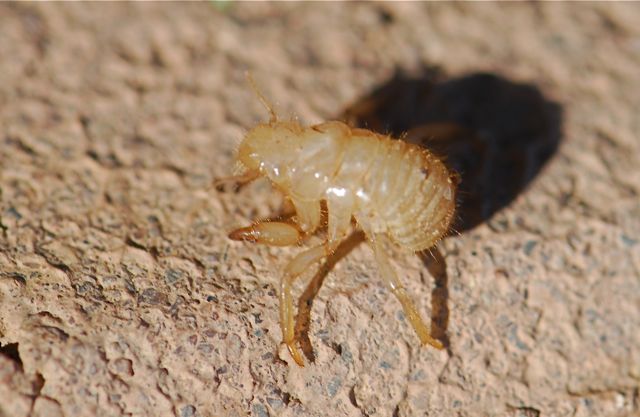 This is a cicada nymph that lives most of its life under the soil. 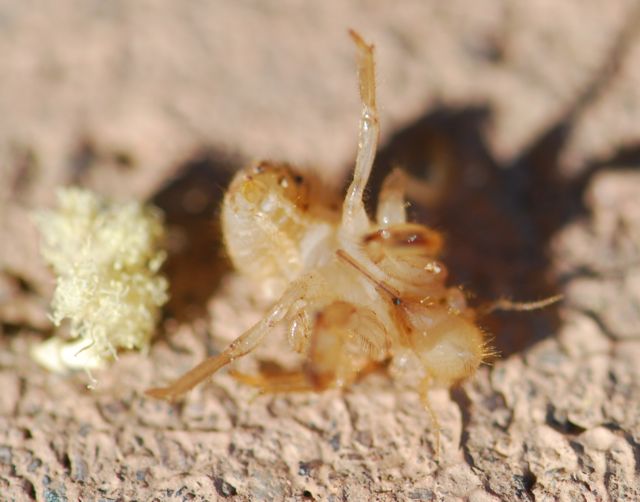 Once again, in this view of the underside you can see the tube that it uses to suck fluids from tree roots.

So, there's a quick overview of how to recognize some of the insects you might find in your yard.

Please feel free to leave any questions you may have in the comments.