Do you know what a mycologist does? Let me give you a hint. Think mushrooms, yeast and molds. Yes, a mycologist is a scientist who studies fungi. 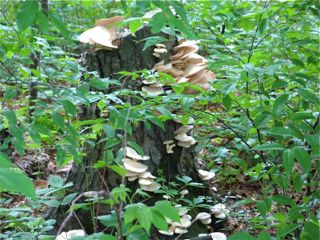 Today we are going to visit the Field Museum in Chicago, Illinois and meet two men who are mycologists.

Dr. Greg Mueller was the Curator of Fungi and Chair of the Department of Botany at the Field Museum. He studied the relationships of fungi and trees throughout the world, including Costa Rica and China. Dr. Mueller found that certain fungi increase a tree’s ability to absorb water and nutrients. Understanding how these fungi partner with trees to help them grow allows for the development of more effective reforestation techniques, or conservation practices in the case of undisturbed forests.

How did he become a mycologist? He said he was always interested in nature, and chose mycology after he met an influential professor at college.

Dr. Patrick R. Leacock was a research associate at the Field Museum. He also had an interest in nature as a child. He was introduced to mycology when he joined a mushroom club. Many areas have clubs of people interested in learning more about mushrooms, particularly edible ones. He then went on to get his PhD.

One of his jobs at the Field Museum was to identify mushrooms for the Illinois Poison Center when someone has eaten a mushroom that they shouldn’t have.

Does anyone you know have an interest in fungi?