The blue palo verde is unique to the Southwest and is the Arizona State Tree. 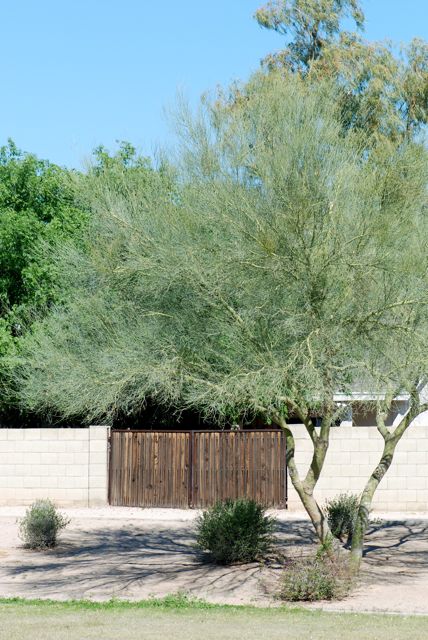 Palo verdes are small trees named for their green trunk and branches. 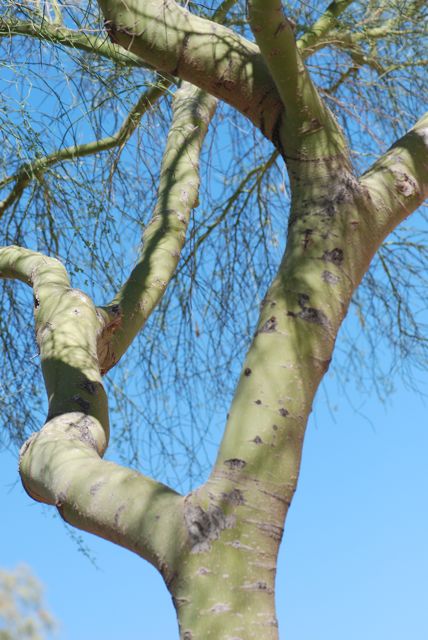 Why green? The top layer of the trunk and branches contains chlorophyll, which allow the tree to continue to make food via photosynthesis even if it doesn't have leaves. 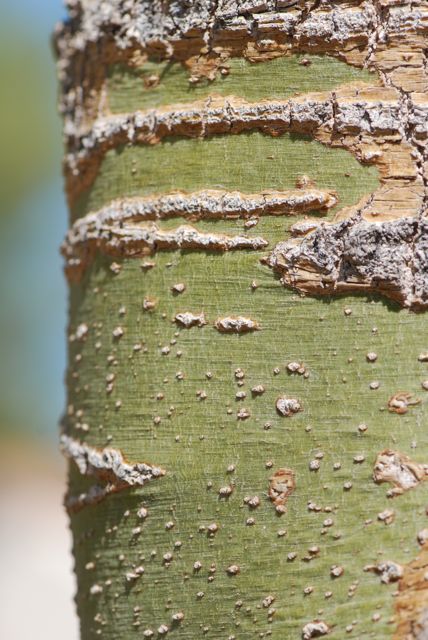 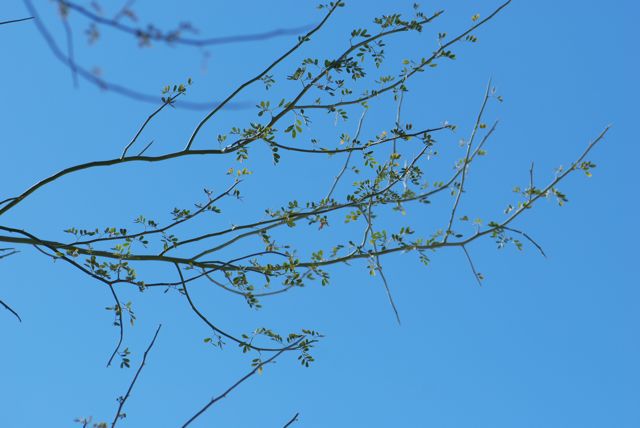 Blue palo verdes do have leaves at certain times of the year, but they tend to be small and fall off when the plant is under water stress.

Often the trees are covered with brilliant yellow blossoms in the spring... 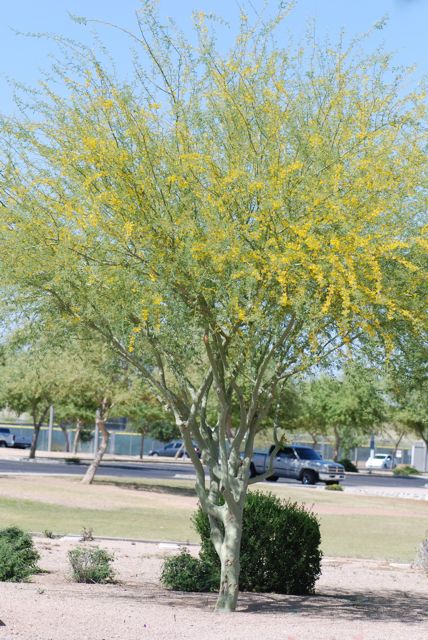 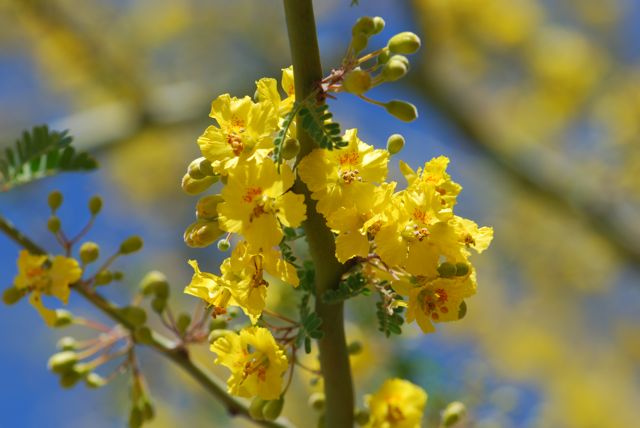 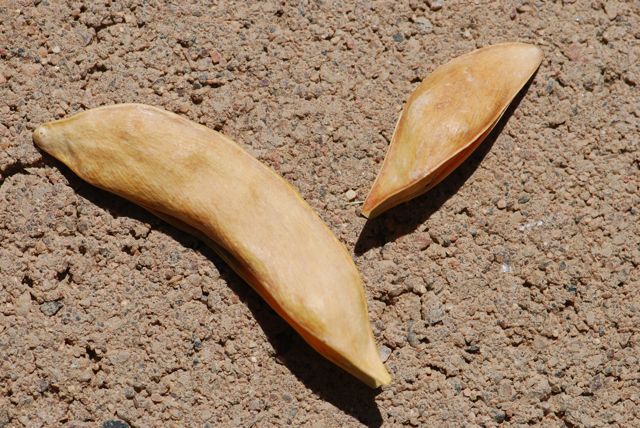 ...which produce these seed pods full of seeds. 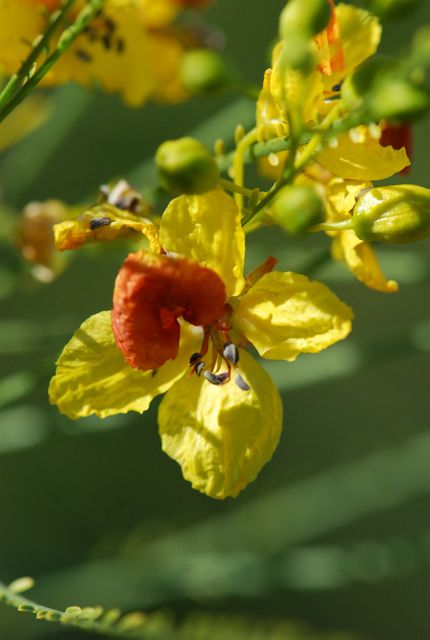 The flowers of the Mexican palo verde are unusual because the top petal changes color with age, until it is a deep reddish orange.

Desert Harvesters has information about how to identify blue and foothills palo verde trees, plus tips for harvesting the pods