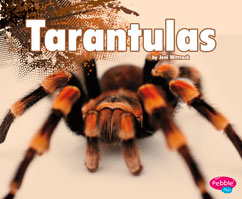 The sight of a tarantula is likely to evoke strong reaction in people, either because they are fascinated by these large spiders or because they are extremely fearful. No matter what the reaction, this book will help young readers learn more about the anatomy, life cycle and behaviors of tarantulas. With carefully controlled vocabulary and short sentences, the child can gain confidence reading while at the same time increasing their understanding of the natural world.

Here is Arizona, it is not uncommon to spot large tarantulas wandering around at certain times of the year, particularly in September and October. 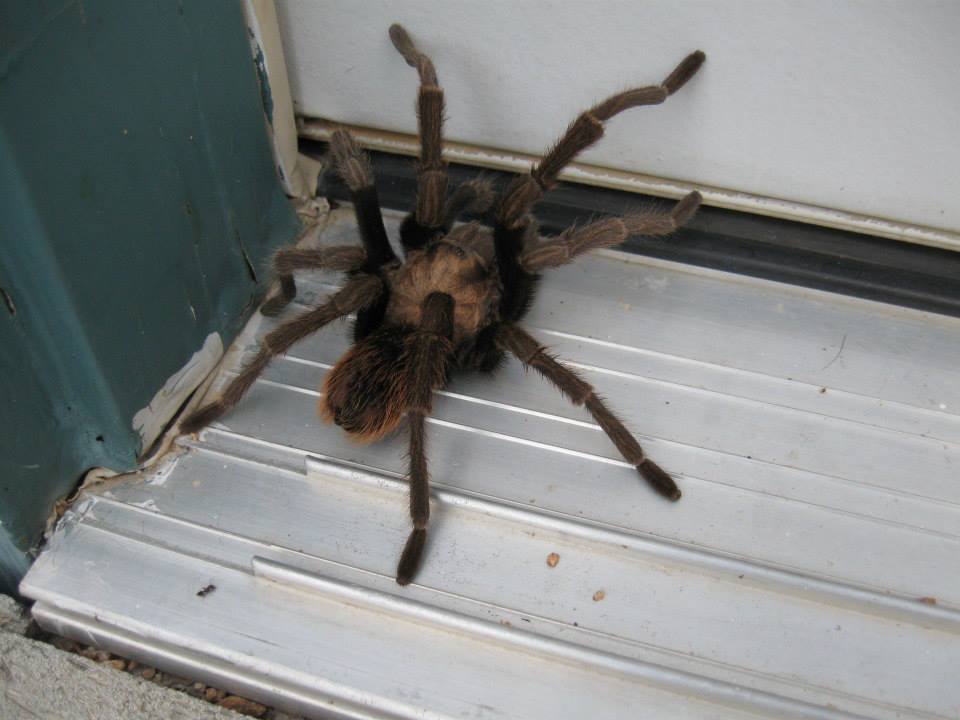 One of the first questions most people have is whether tarantulas have a poisonous bite. Generally tarantulas are not aggressive, but will bite if unduly alarmed. Like other spiders, tarantulas have a venom that is harmful to the insects and other small animals that they feed on. It isn't thought to be unduly harmful to humans, but any time an animal bites and injects proteins into a wound, there is a chance for the susceptible recipient to have an allergic reaction to those proteins.

Surprisingly, tarantulas' chief defense isn't their bite at all, but something that looks harmless:  their bristles! The bristles on the back of their abdomen are urticating (cause an itching, stinging sensation). When stressed, tarantulas kick the bristles into the air. The bristles have barbed ends that can irritate the eyes and nose, and if they get on the skin they can cause an itchy rash.

Tarantulas may also use special bristles on their pedipalps and/or legs to stridulate. Stridulate means they rub the bristles together to make a buzzing or hissing noise. Some types of tarantula do this when they are scared or startled. In this video a pet owner provokes his pet to get it to stridulate. He writes that the tongs he used only startled the animal and it was not harmed.

Why would such large spiders need to defend themselves? It turns out a number a different animals catch and eat tarantulas. One of the showiest in the desert is the tarantula hawk wasp (Pepsis sp.). 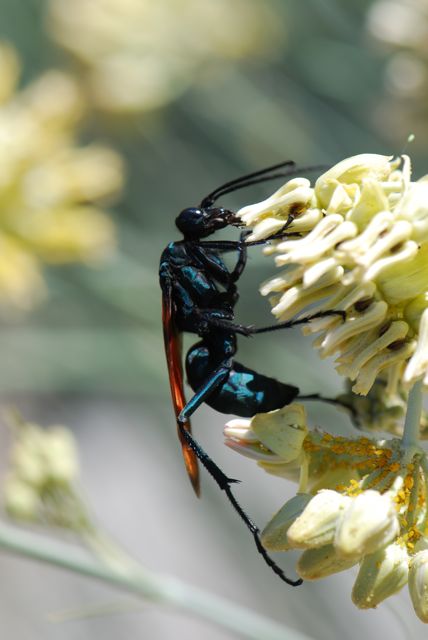 The tarantula hawk is a large wasp that catches and stings tarantulas. While the tarantula is still alive, the adult wasp drags it into a burrow it constructed. There the wasp lays an egg on the spider. The egg will hatch into a larva that will eat the tarantula as a leisurely meal, eventually growing up and turning into a wasp itself.

Activity 1. Anatomy of a tarantula.

Obtain a photograph of a tarantula like this one. 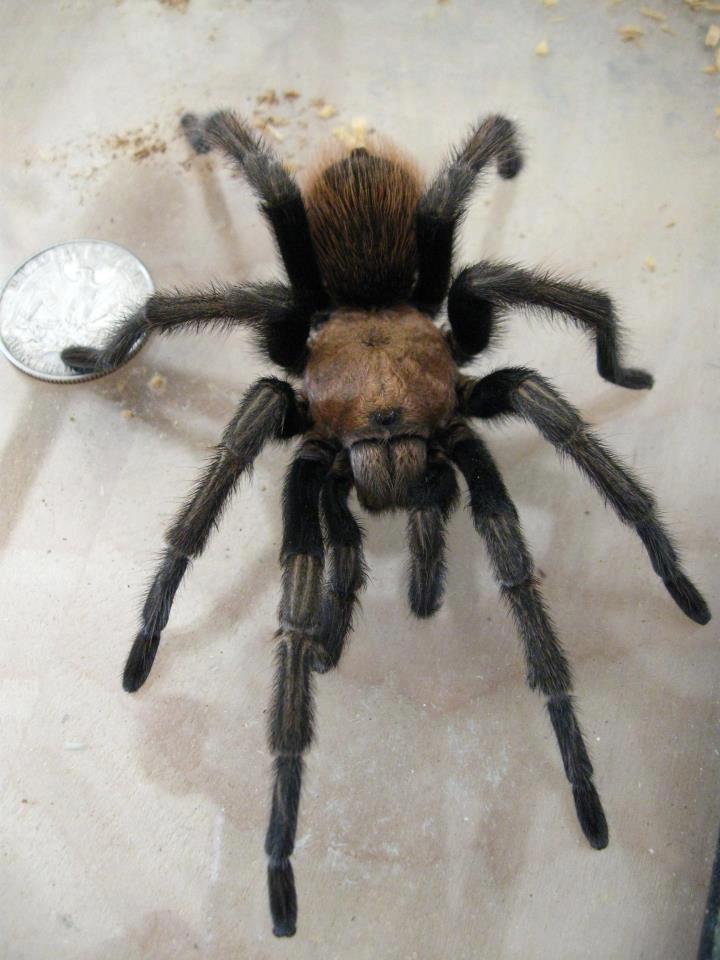 Find the legs and count them. Are there eight legs?

What are those two appendages in front of the spider?

Can you find the eyes? Do you know how many eyes a tarantula has? Is this more than, less than or the same number as other spiders?

Where are the spinnerets to make silk?

Is this a male or female spider? How can you tell?

Edit: The answers are now posted.

Step 1. Find out about animals that eat tarantulas.

Animals that catch and eat other animals are called predators. Look in books about tarantulas for information about predators. Pick a particular kind of tarantula and find out where it lives. Start a list of predators of that tarantula.

The Arizona-Sonora Desert Museum has a fact sheet that includes animals that eat desert tarantulas.

Step 2. Find out what tarantulas eat.

Now find out what tarantulas eat in the wild. Depending on what kind of tarantula it is, it may eat different kinds of small animals. Once again, take notes and make a list.

Step 3. Construct a food web with an image of the tarantula you chose at the center.

Tarantulas (Pebble Plus) by Jeni Wittrock.

Disclosures:  The book Tarantulas was provided by the publisher for review purposes. Also, I am an affiliate for Amazon, and if you click through the linked titles or ads and make a purchase, I will receive a small commission at no extra charge to you. Proceeds will be used to maintain this self-hosted blog.

4 thoughts on “Tarantulas: A Book for Kids”