Last week it was beginning to feel like spring here in Arizona, so I set out with my camera. 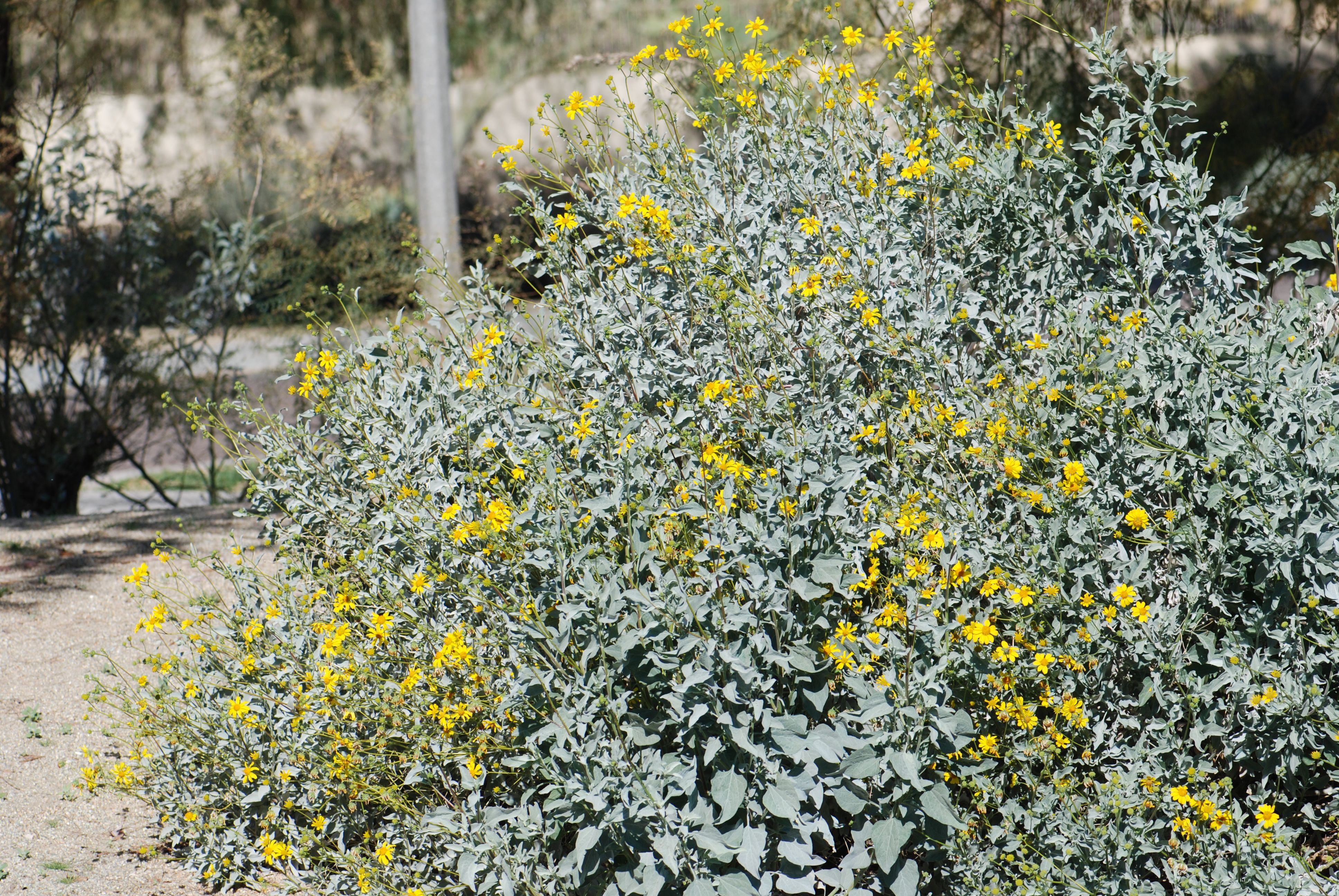 I figured something must be happening around this large brittlebush, because it had started to flower. 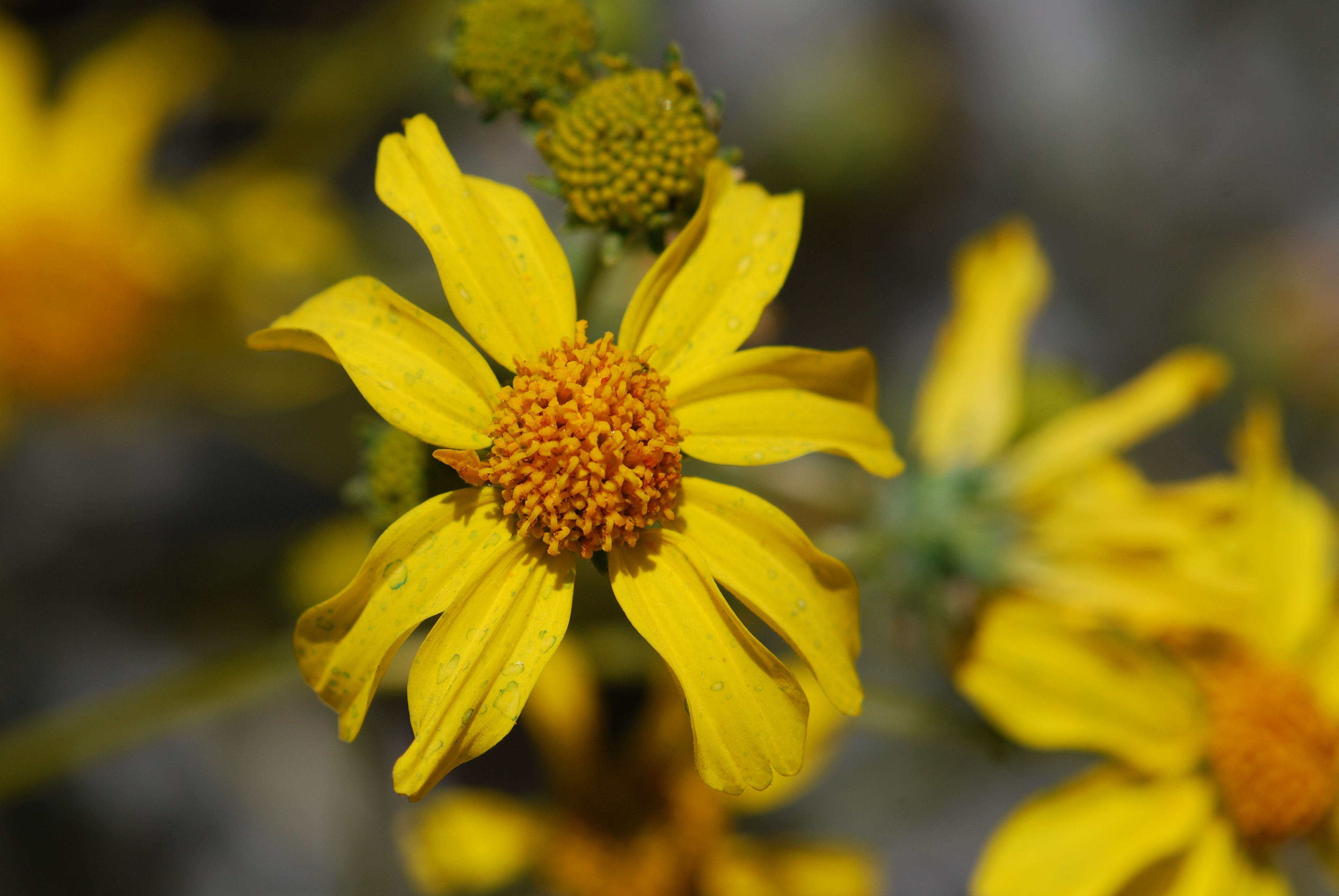 At my first pass, I really didn't see anything at all. I thought I'd just take a photograph of a flower or two. 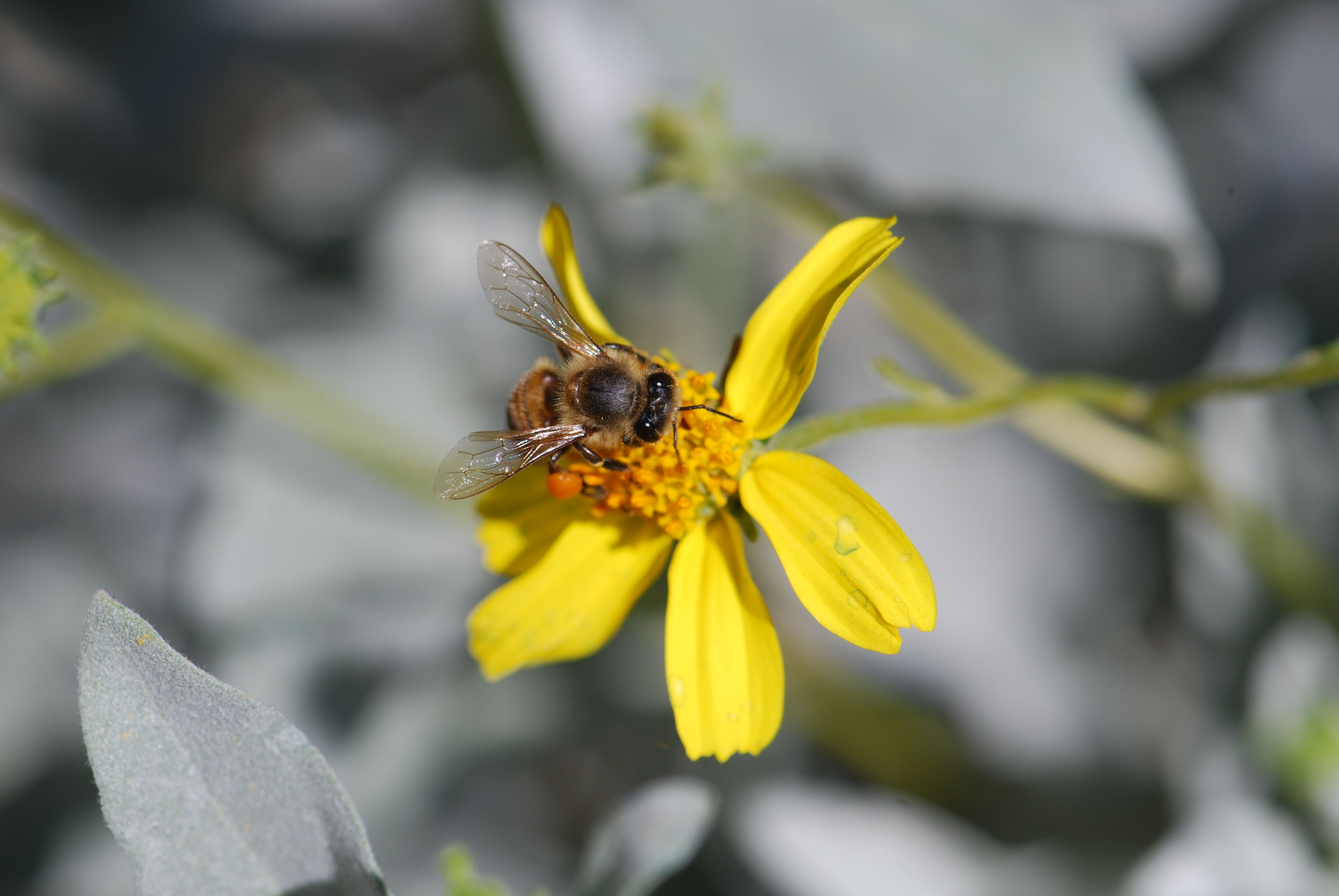 Wait, there is a honey bee. I had expected to see honey bees because they are active year round. Okay, there was something going on. See the ball of orange pollen on its hind leg? 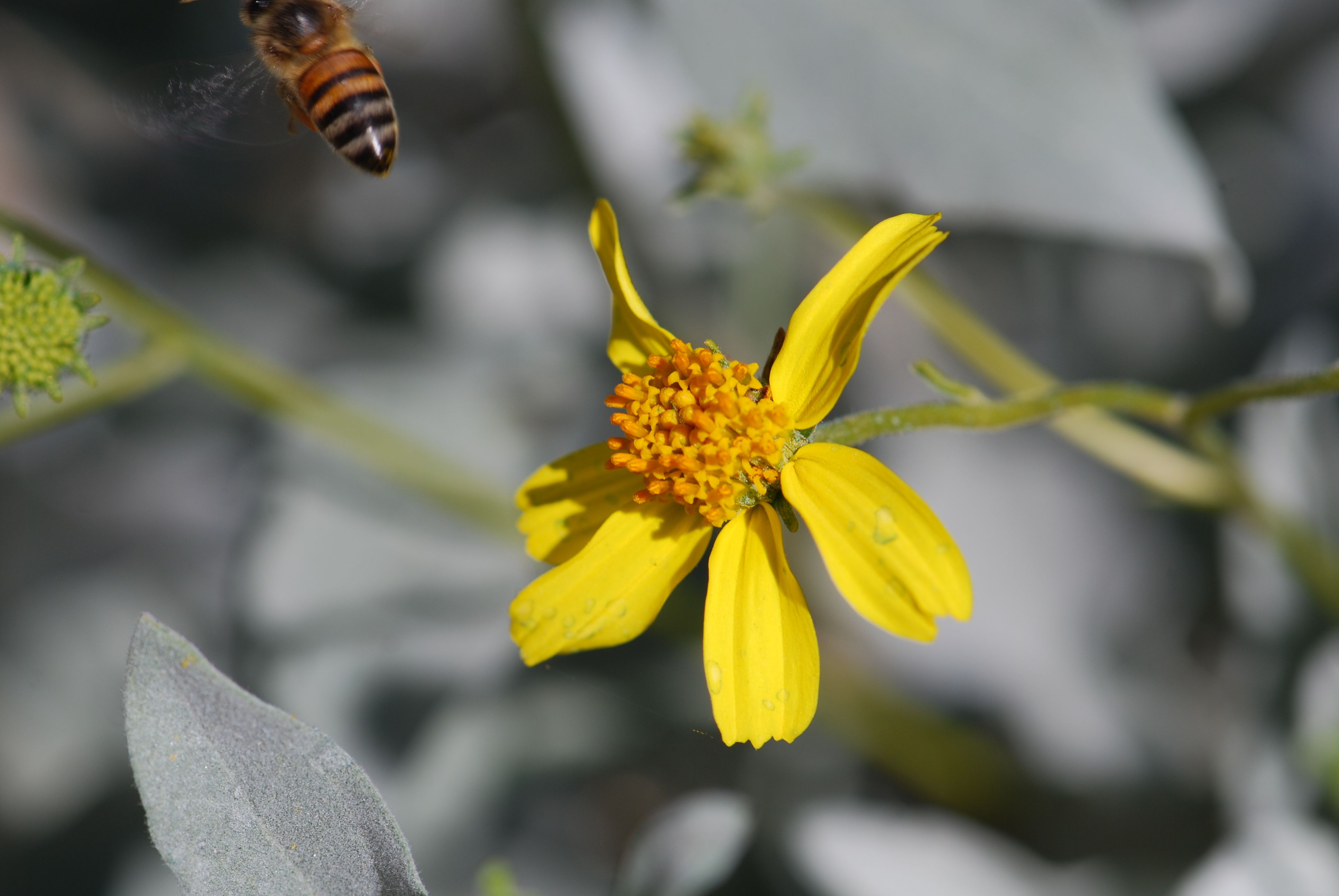 The honey bees were quite active, so I started watching them. 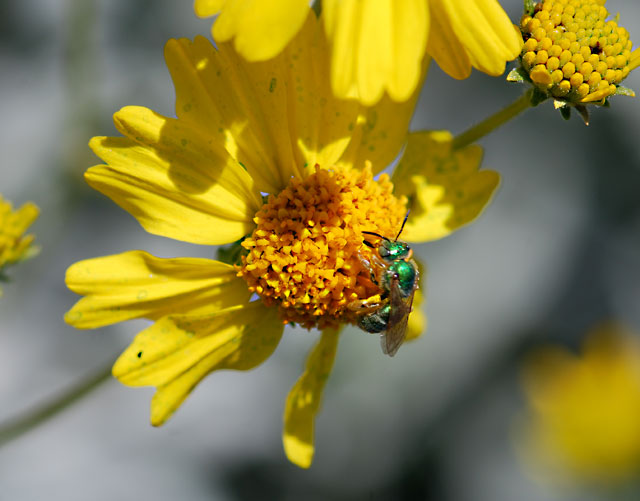 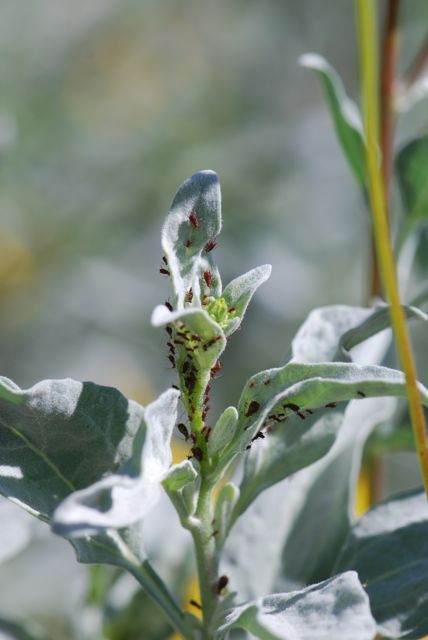 Looking around more, I spotted these red insects on the tips of some branches. 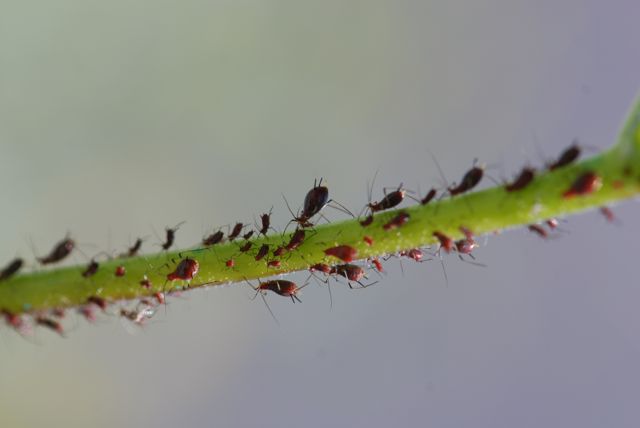 They are sunflower aphids. Brittlebush plants are members of the Asteraceae or sunflower family, so that makes sense. Funny that I hadn't seen them at first. 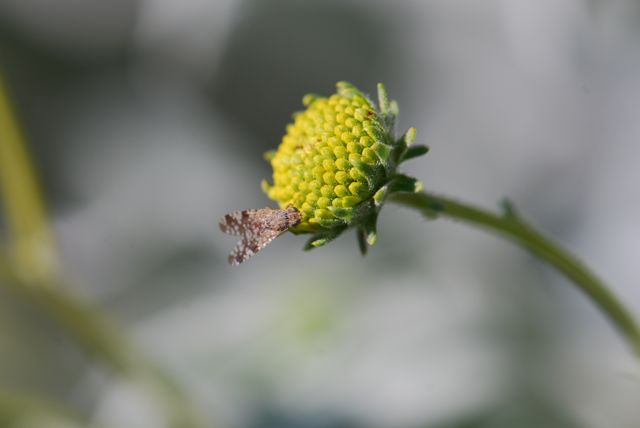 Now I spotted a fly.The colorful patterns on its wings suggest it is a picture-wing fly, family Tephritidae.

It isn't unusual to see flies taking nectar at flowers, but something isn't quite right here. This is only a flower bud. It doesn't have nectar yet. 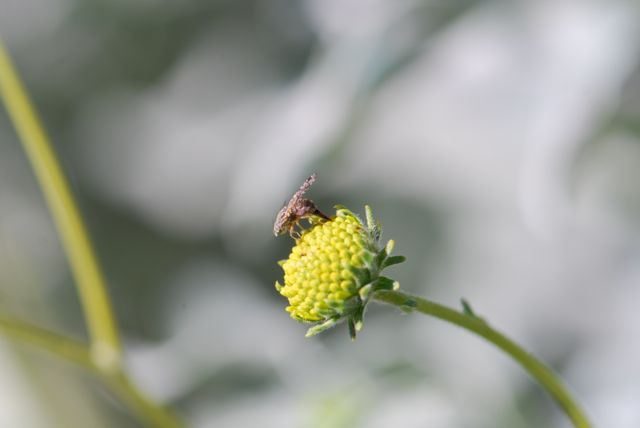 See that dark tube at the back of the fly? She is using her ovipositor (egg-laying tube) to lay eggs into the flower bud.

Some research reveals the mystery fly is named Euaresta stigmatica. The larvae of this species feed on flowers and developing seeds. Wow, a new insect for me! 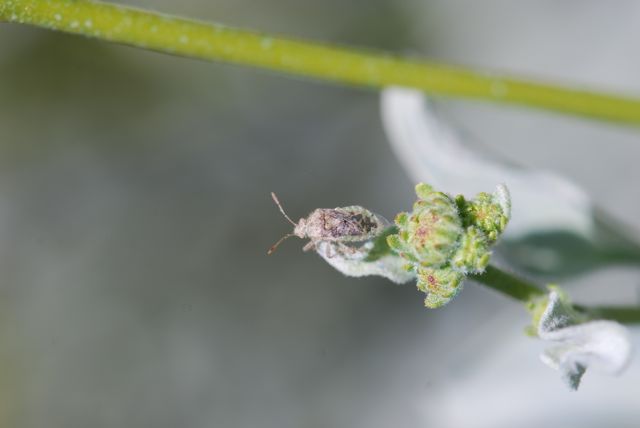 Looking around more, soon I found this tiny plant bug... 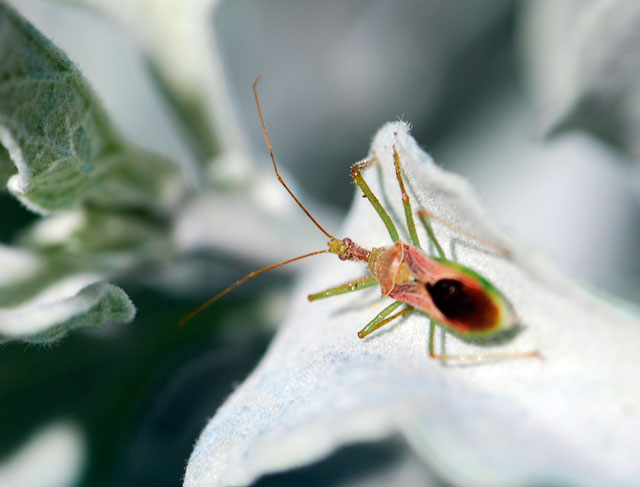 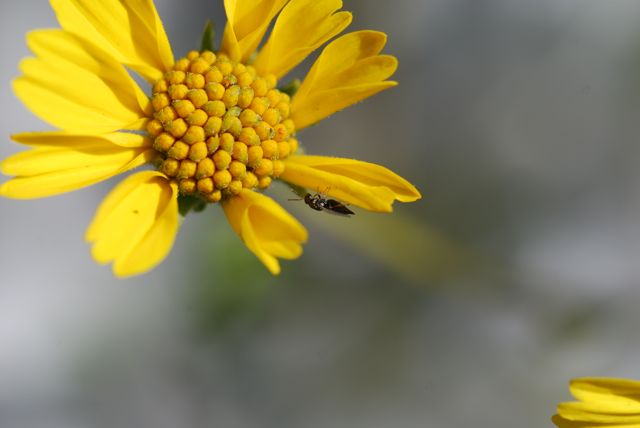 ... and a tiny parasitic wasp. I wonder if the wasp was looking for fly larvae or for aphids to lay its eggs in?

I could go on, but I think you get my point. Although I could easily dismissed the plant as being empty on my first glance, this single bush harbored an entire food web. Undoubtedly, if I hadn't been there, the food web would have included birds and lizards that would have eaten some of the insects.

Have you ever had a similar experience investigating a plant?

4 thoughts on “Bug of the Week: Finding More”