Our mystery seeds from last week were very tricky. 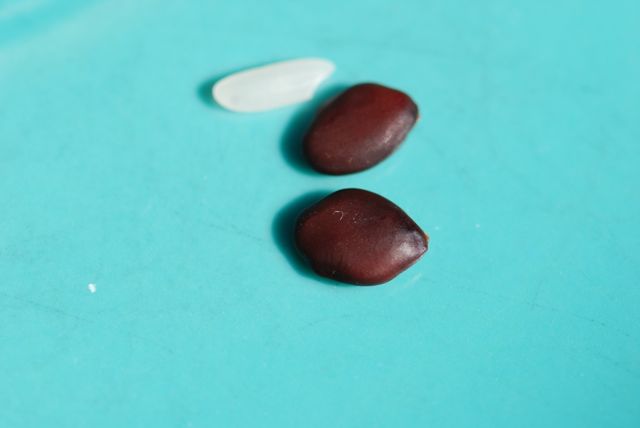 (The white object is a rice grain added for scale.)

I promise the next mystery seed will be more straightforward. 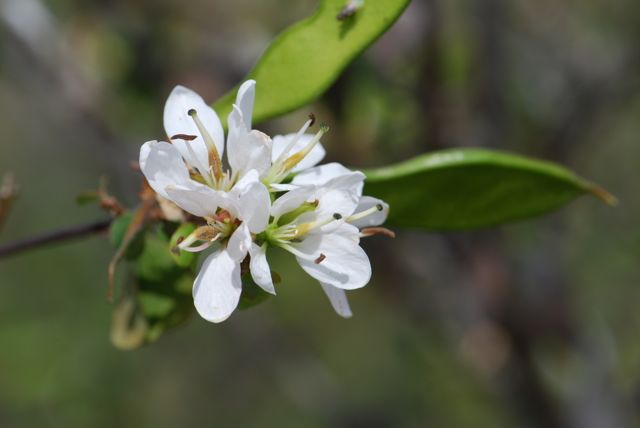 Like the orchid trees from last week, this one has clusters of unusually-shaped flowers at the end of the branches. Unlike the Asian orchid trees, however, the Anacacho orchid tree is from North America, specifically Texas and northern Mexico. The flower parts are also different from the Asian orchid trees. Do you remember the long stamens and stigma? The Anacacho orchid tree flower has one stigma and apparently only one stamen per flower. Can you see them in the photo above? It makes one wonder how it is pollinated. 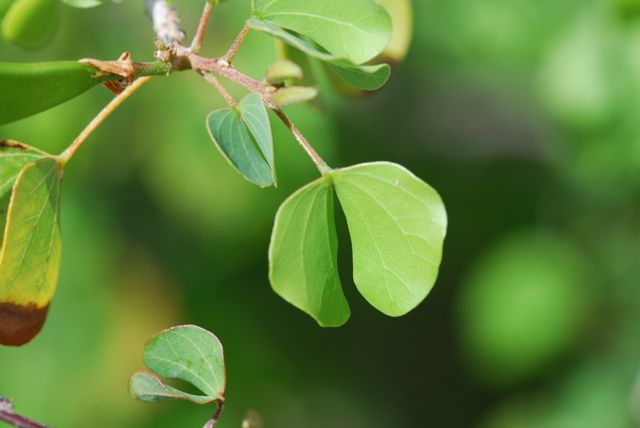 The leaves also have a distinctive shape. Each leaf has two leaflets, making it look like it is split in half. The Asian orchid trees have a bi-lobed leaf. 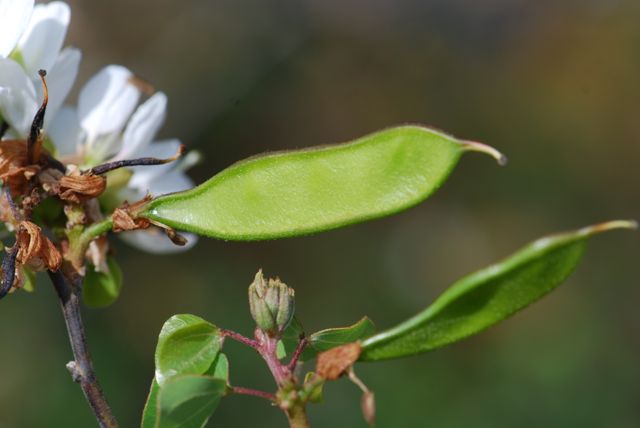 The fruit is a flat pod that contains the seeds.

Anacacho orchid trees grow as large shrubs or small trees. They can sometimes be found for purchase at specialty nurseries in southwestern North America. They can also be grown from seed, although scarification may be necessary.

Have you ever seen an Anacacho orchid tree growing? What did you think of it?

4 thoughts on “Seed of the Week: Anacacho Orchid Tree”