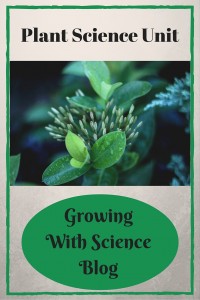 As we embark on a grand adventure into plant science, let's start by thinking about what we mean by the term "plant" (links go to prior posts here at Growing With Science or to Wikimedia, as indicated). 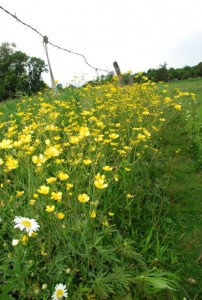 Scientists currently group living organisms into three domains:  the Bacteria, the Archaea and the Eukarya. Within the Eukarya are four divisions known as kingdoms. They are the Protista, Fungi, Animalia and Plantae.

So, basically we are asking what criteria scientists use to classify a given kind of living thing as belonging to the Kingdom Plantae.

Activity:  Brainstorm about Plants (Prior Knowledge)

When you think of plants, what features or traits come to mind? Leaves? Flowers? Things that are green? Things that don't move around? On a board or sheet of paper, brainstorm all the qualities of plants you know.

Now let's take a look at what features that separate plants from other kinds of living things.

1. Do plants all have leaves? 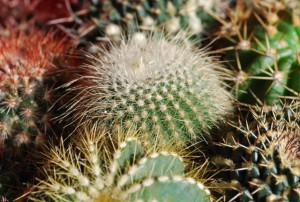 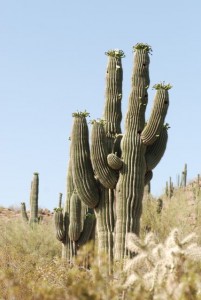 Not all plants have leaves. Some types of plants, like these cacti, don't have obvious leaves (although the spines are actually modified leaves). Parasitic plants also lack obvious leaves (see dodder below.)

2. Do all plants have flowers? 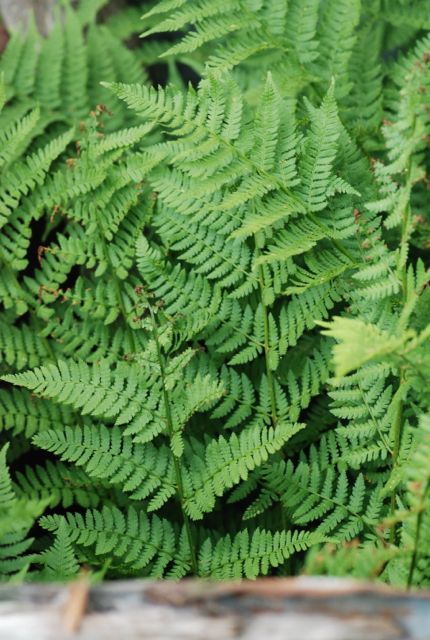 Although flowering plants are widespread and abundant, not all plants have flowers. Ferns, mosses, liverworts and horsetails all produce new plants via spores.

3. Are all plants green? 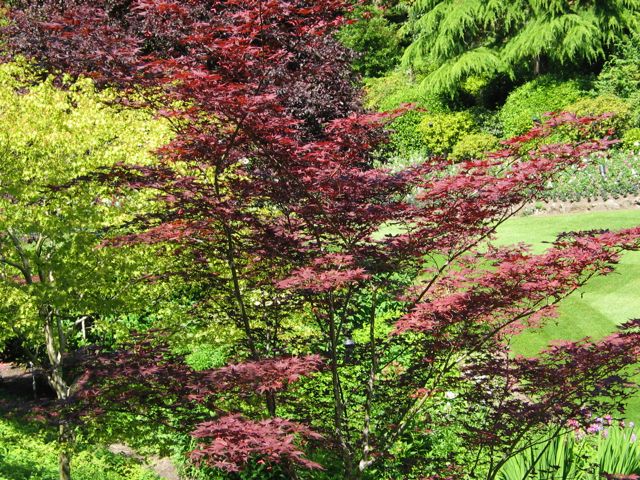 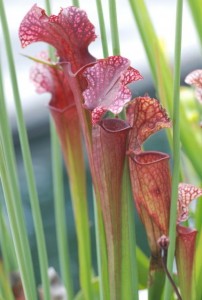 Although most plants are green because of chemicals called chlorophyll, there are also plants that are red like the Japanese maple tree in the photograph above or these pitcher plants.The red pigments in the leaves are called carotenoids. Carotenoids also give fall leaves their color when the predominant cholorophyll pigments are lost.

Plants may also be golden yellow, or have white and green patterns.

4. Do plants make their own food?

One important aspect of plants is that they can make their own food via a process known as photosynthesis.

This is not an exclusive characteristic, however. There are some other organisms - particularly protists- that can also do this, and a few parasitic plants obtain their food entirely from other plants without making any themselves. 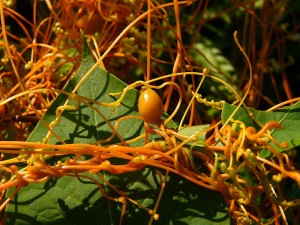 The yellow strands in the photograph are from a parasitic plant named dodder (public domain image retrieved from Wikimedia). The green leaves are from the host plant.

Along with making their own food, plants also store the excess food as starch.

Seeds can move, passively for the most part (which we will learn about in an upcoming post), but once the plant has set down roots it is no longer capable of movement. Plants lack the ability to move about via contracting fibers like animals can. 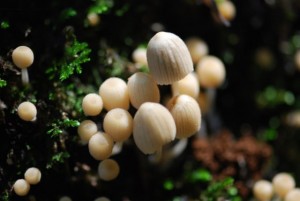 Fungi were once lumped with plants because they can't move on their own either. Now scientists consider fungi to belong their own kingdom because they have many important differences from plants.

7. Do plants live in the water?

With a few exceptions, plants live on land. That means they have special structures to keep from drying out that organisms living in the water wouldn't need. For example, seeds have a tough outer seed coat to protect them from the relatively harsh environment of dry land. 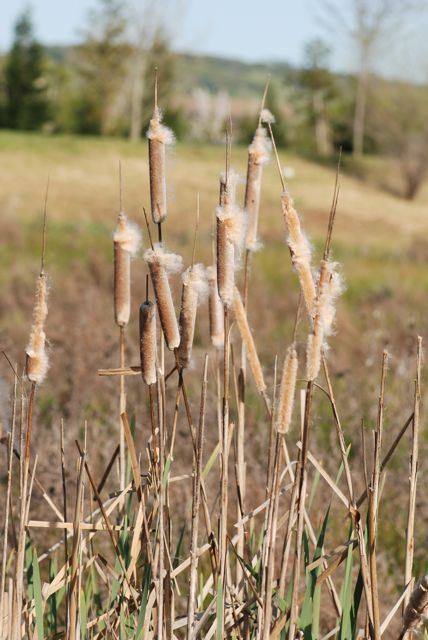 Some plants like cattails and water lilies appear to live in water, but most of their structures are actually above the water.

What about organisms that live underwater, like kelp? Although kelp may look like a plant, it is actually a form of algae. According to current classification schemes, algae are not plants.

7. What differences are there inside plants? What about the cells?

If you could look at plant cells under the microscope, you could find two other features of plants. One is that plants are multicellular, which means they have many cells, not just one. That is a feature of the Domain Eukarya. 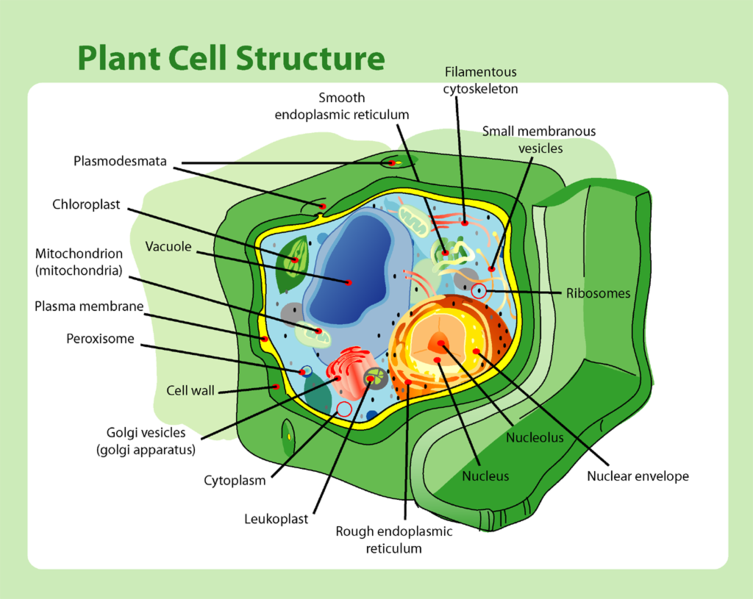 Secondly, plants have a cell wall around the outside of the cell, which is made up of cellulose (public domain image from Wikimedia).

Finally, with more advanced study, scientists have determined that plants have what is called an alternation of generations during the life cycle. We'll learn more about that later.

Activity 2. Which Are Plants Quiz

Now that you are an expert on the characteristics of plants, pick out the organisms below that are plants. 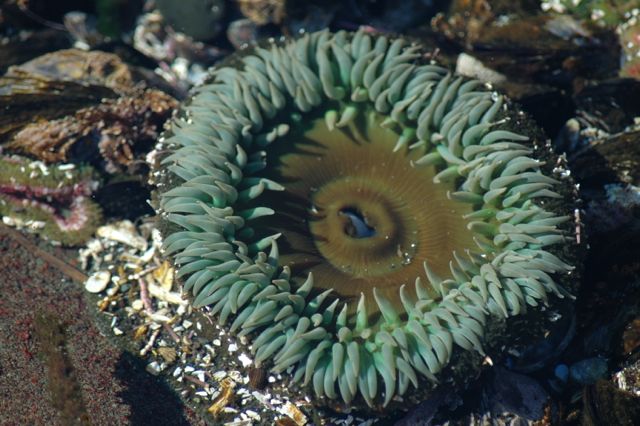 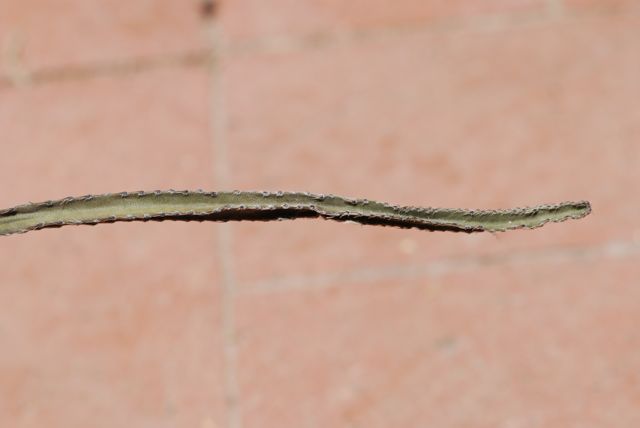 C. Are these plants? 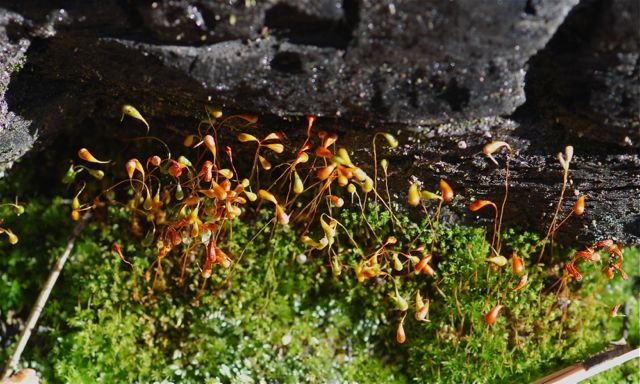 D. Are the things growing on the rock below considered to be plants? 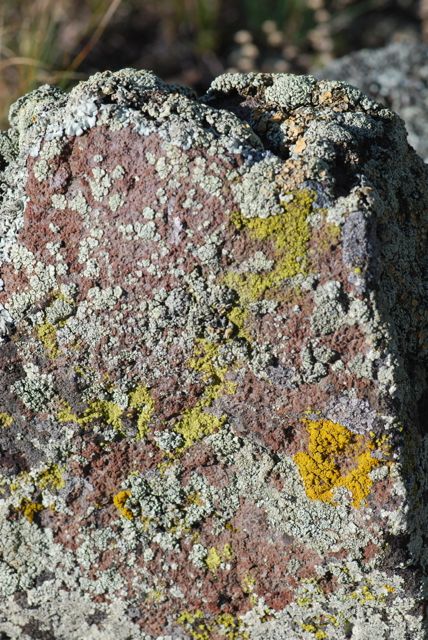 How did you do? Did you learn anything new about plants?