Nature can be full of drama. 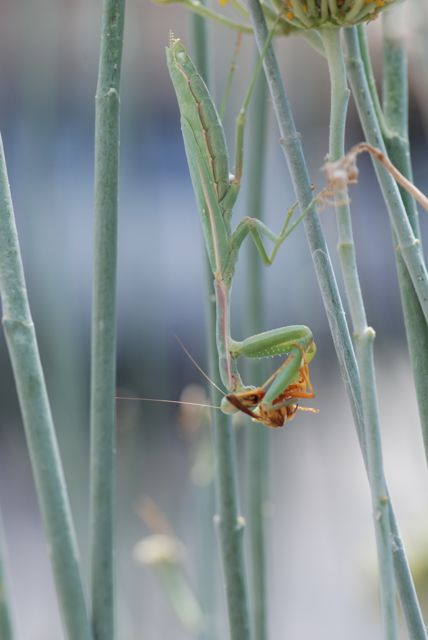 We've had a Mediterranean mantis,  Iris oratoria, on the rush milkweeds for a few weeks. Today it caught a paper wasp, Polistes flavus. 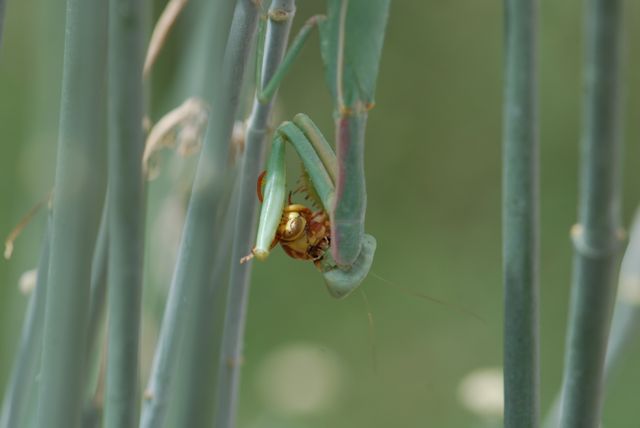 You can see the wasp better in this view. 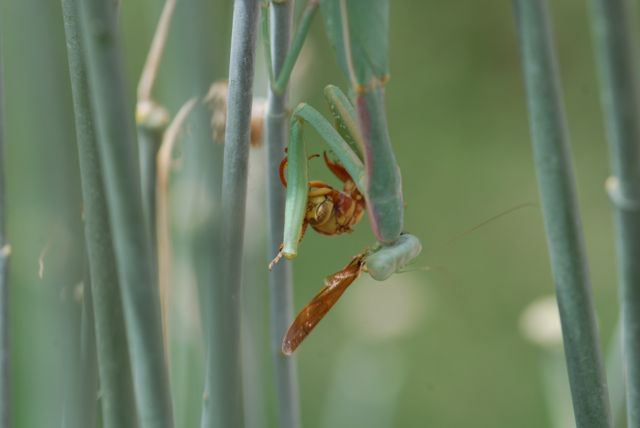 At one point the mantis removed the wasp's wing and dropped it. Wings apparently aren't edible. 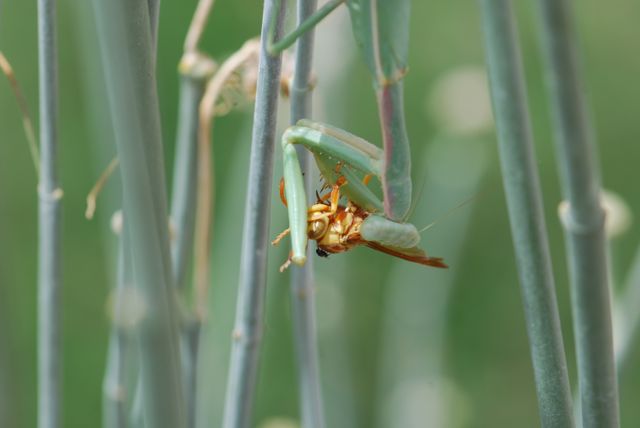 Soon another insect joined the party.

A tiny black fly began walking on the wasp and mantis. 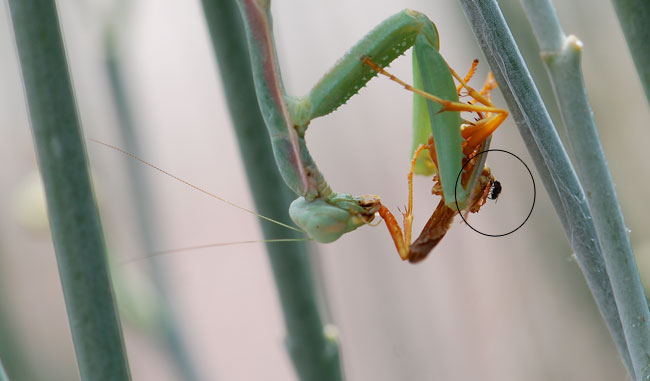 It might seem like the fly was incidental, but it isn't. Small black flies of the family Milichiidae are known to steal food from predatory insects and spiders. It is a behavior known as kleptoparasitism.

Being a freeloader that steals food from a predatory insect seems like it might be a dangerous lifestyle, but the mantis seems occupied with the wasp and is not reacting to the fly.

See more about the flies at Milichiddae Online and What's That Bug?

Have you ever spotted a freeloader fly?