Here it is the end of November already and we still are seeing caterpillars out and about. 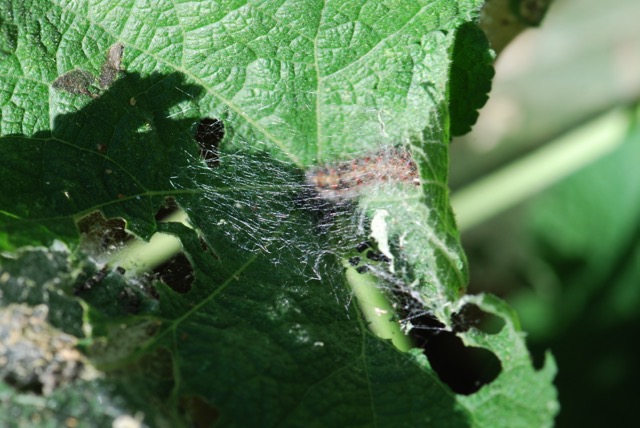 There's silk, holes and frass on some of the hollyhock leaves. 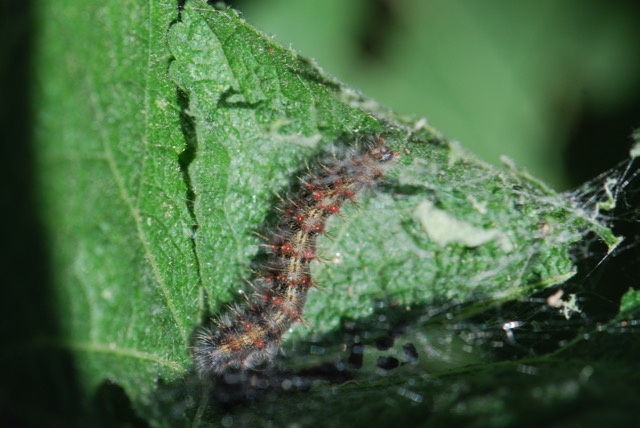 Those belong to the painted lady butterfly caterpillars, Vanessa cardui. 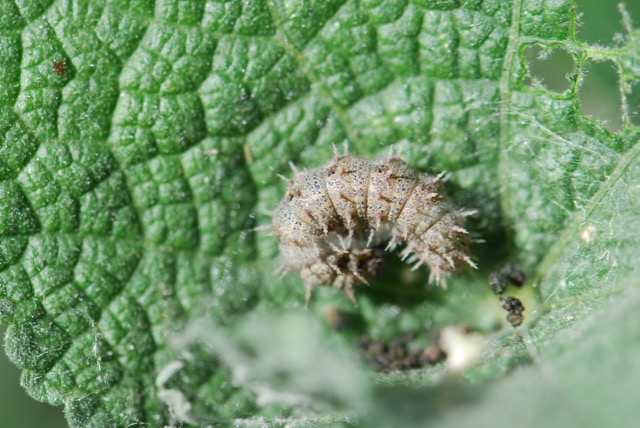 Painted lady caterpillars vary a lot in color. This one may be lighter because it is a color variation or maybe because it just molted.

They feed on a range of plants, from thistles to sunflowers, but painted lady caterpillars always have a patch of silk around them.

Once I finished taking photographs of those, over on the Texas yellow bells, Tecoma stans variety 'Orange Jubilee,' I found another sizable caterpillar feeding. 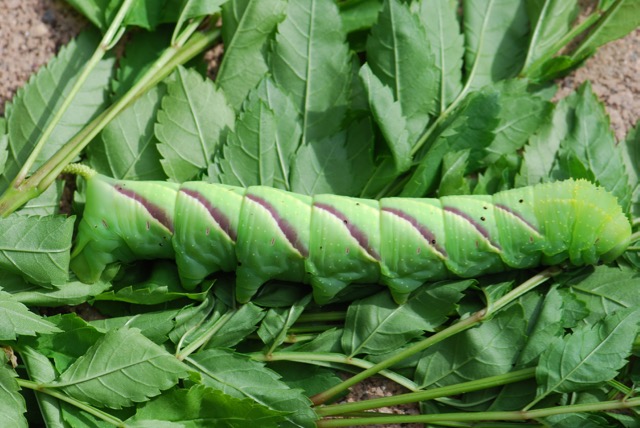 This is a rustic sphinx caterpillar, Manduca rustica. In the past we've found them on desert willow and cats claw vine. (You can see an adult rustic sphinx moth in this previous post from the beginning of November in 2014.) They are common throughout the southern parts of North America.

Although it looks a bit lethargic above, it was still able to crawl around. 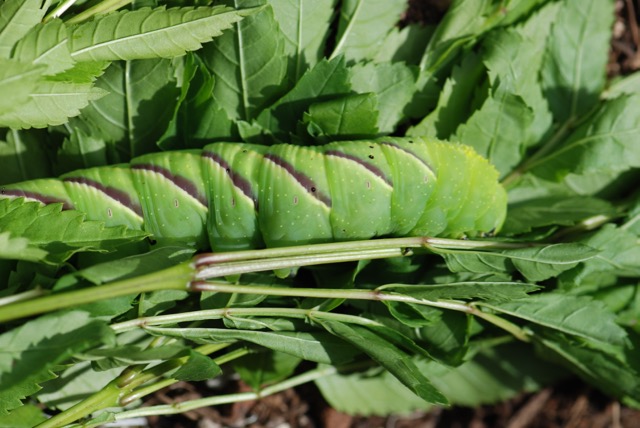 Actually, it was nice that it was a bit slow. I could zoom in on some of the details. 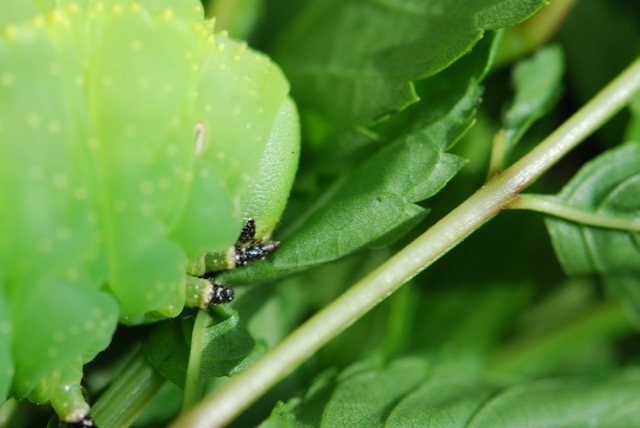 For example, in this close up of the head, you can see the caterpillar's eye as the black dot right above it's black front leg. 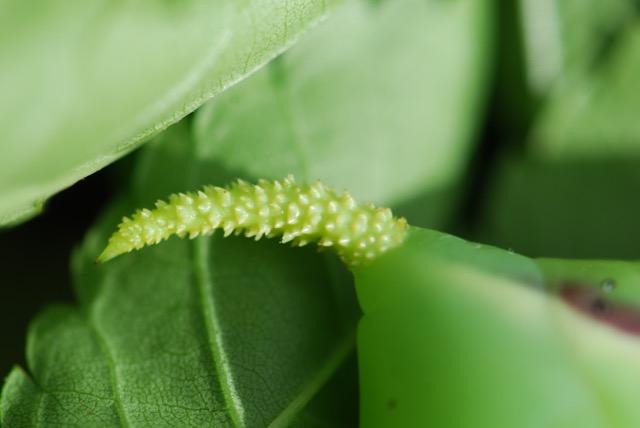 At the other end is the spiky tail spine.

Sphinx moth caterpillars often have a "tail," which is what gives them the common name hornworm.

Caterpillars of painted lady butterflies and rustic sphinx moths in the same week. How cool is that?

1 thought on “Bug of the Week: November Butterflies and Moths”