First up, on Saturday August 11, 2018 NASA is going to launch the Parker Solar Probe. The probe will travel close to the sun and gather data about it, including information about the sun's corona. Scientists are curious about the corona because temperatures measured there are hotter than at the surface of the sun and they want to know why. 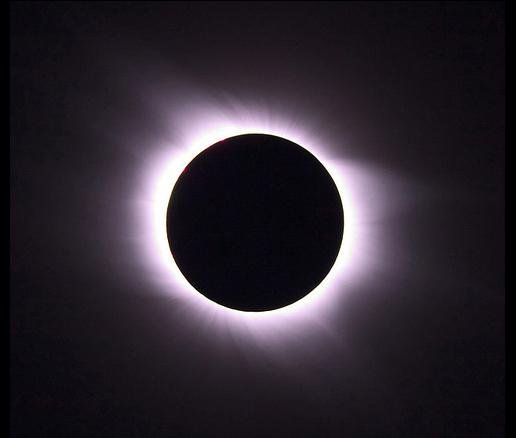 Photograph of the sun's corona during a solar eclipse (NASA)

This probe is special because it has to withstand super hot temperatures. Scientists and engineers came up with a specially-designed heat shield and used water in a device like a car's radiator to keep the equipment on board from frying.

You can see more details in this video from NASA:

Hear more about it in the Why Is The Sun’s Corona Hotter Than Its Surface? podcast at Science Friday.

What is a meteor shower or "shooting star?"

Meteor showers occur when the Earth passes through a "cloud" of bits of rocks or dust left over from a passing comet or asteroid. If a particle enters the atmosphere, it creates a streak of light as it burns up. The debris cloud for the Perseid shower comes from the Comet Swift-Tuttle. The Perseids are named because they appear to originate in the constellation named Perseus.

The Perseids are the best meteor showers for viewing with children for a number of reasons. First of all, they occur in summer so temperatures at night is usually at more comfortable than for the fall or winter showers. Most children are out of school, so there are no worries about staying up on a school night. Also, the Perseids are some of the most reliable showers and last over at least two nights. This year is going to be especially good viewing because light from the moon is not going to interfere.

If you have never watched a meteor shower, it is fantastic! When the meteors are active it can be better than fireworks. Find a nice dark place to observe the sky, and if possible, spread out on a lawn chair, the ground or the back of a pick-up truck with some blankets or sleeping bags. No need for binoculars or telescope, because the meteors move too quickly to follow.

Because this is a natural event, there are no guarantees the meteors will be frequent. Prime your children to be patient or do the Constellation Detective activity (PDF link) at the same time.

Want more? See our growing list of children's books about planets and the solar system.