During a recent trip, my nephew pointed out a classic funnel web a spider had built in a bush. Funnel webs consist of flat sheets of webbing with a round tunnel that serves as a retreat. 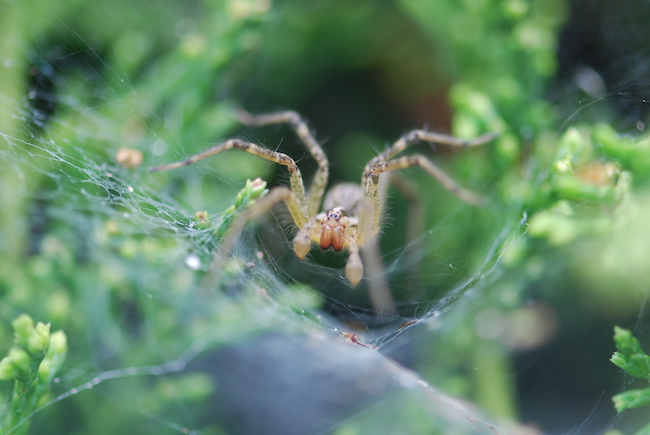 A few hours later, he pointed out the spider. 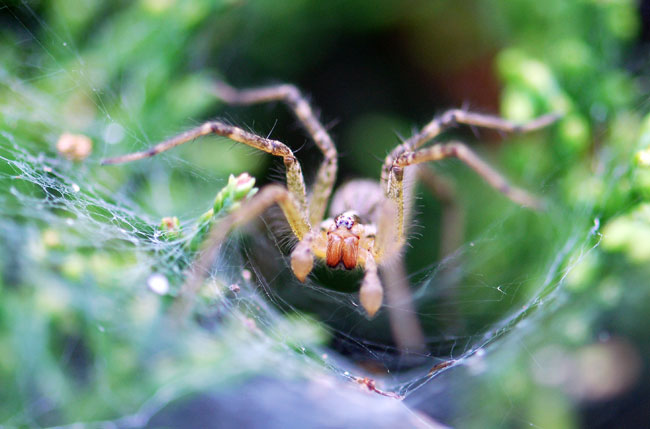 Funnel web spiders look a lot like wolf spiders, but they have a different eye pattern (see BugGuide)

You can see a better photo of the web structure at Wikimedia.

If you are interested in spiders, I've read some great books lately. I found two new fiction children's picture books feature spiders as characters (reviewed at Wrapped in Foil) and also an adult nonfiction book, Amazing Arachnids by Jillian Cowles (reviewed at Wild About Ants.)

Have you seen any cool spiders lately?

2 thoughts on “Bug of the Week: Funnel Weaver Spider”