Cicadas here in the Sonoran desert start singing around Father's Day and can be found throughout the summer. Because they are so abundant, you might not take a second look at them.

While out picking blueberries recently, a California woman did notice a cicada and she took a photograph of it. After she uploaded the photo the iNaturalist, an expert realized it wasn't any old cicada. The cicada belongs to the species Okanagana arctostaphylae, which hasn't been seen in over a century!

Check out the details in the article at iNaturalist and the see Okanagana arctostaphylae in the video below.

The reddish-brown body and wings matches the distinctive colors of the manzanita plant it rests on. 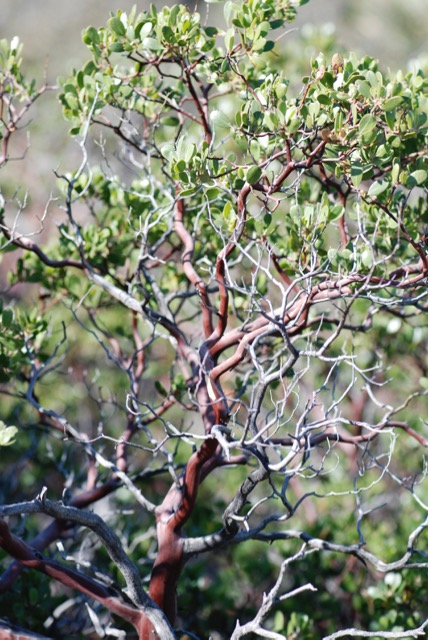 If there are seventeen year cicadas, it makes you wonder how long this species spends underground...

1 thought on “Bug of the Week: Cicadas Old and New”