Ever wonder why it is called "Arbor Day" instead of tree day? Have you ever wondered about the scientific names that scientists use? What about the scientific vocabulary, like the word "abscission"?  Often the words are based on Latin and/or Greek words. Let's take a look at the use of Greek and Latin in scientific terminology.

The first place that Latin and Greek influence is obvious is in the scientific names.

Each species has a scientific name. The scientific name consists of the genus name, which is capitalized, followed by the species name, which is in lower case. Scientific names are often based on Latin or Greek words and are therefore printed in italics in typed works, or underlined (the editor’s mark for italics) in handwritten works. An example of a scientific name is Apis mellifera, the honey bee. In this case Apis is the Latin word for bee, melli- means honey and -fera means carrying or bearing. 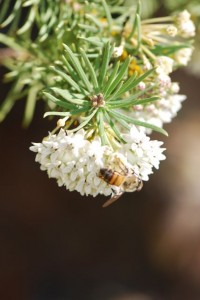 Why not just use common names? Sometimes a common name denotes a single species, like Argentine ants, but other times a common name can represent a group of species with some common characteristic, like most of the ant species of the genus Camponotus are called carpenter ants. In a few cases the common name may stand for a group of species that are not even closely related, such as the army ants, which are identified by their behavior. Another problem is that in different areas of the world, several different common names may be used for the same species or group of species. For example, leafcutter ants may also be called parasol ants, grasscutter ants or fungus-gardening ants, and the queens may be called “big-bottomed ants.” This can lead to errors in identification and lots of confusion.

If you are interested in learning some Latin names for animals, Bestiara Latina has a list of Latin animal names with links to photos and, if you are really interested in learning Latin, fables about the animals. Try Cygnus, for example. if you learn that cygnus is Latin for swan, you will have no trouble finding the constellation of that name or remembering that cygnets are young swans.

Not all scientific names are based on Latin. The Greek word leuko means white. Knowing that will help you figure out that leucocytes are white blood cells, and the species name leucocephalus, is referring to white-something. If you add your knowledge that cephalus means "head," you won't be surprised to learn that leucocephalus is the species name of our white-headed bald eagle.

More interested in plants? About.com has What Do Flower Names Mean? If you skip to the second page, you will find that a multiflora rose is simply one with many flowers.

Back to Arbor Day, it turns out that Arbor is the Latin word for tree. Many other words share the same root, such as "arboretum." For a list, see the derivatives of the Latin word, arbor. The same site offers a Latin Word of the Week blog. If your child wants to become a scientist, it might be worth subscribing.

One of our favorite names is nasturtium, which we learned means "nose-twister" in reference to the pungent odor of the flowers. 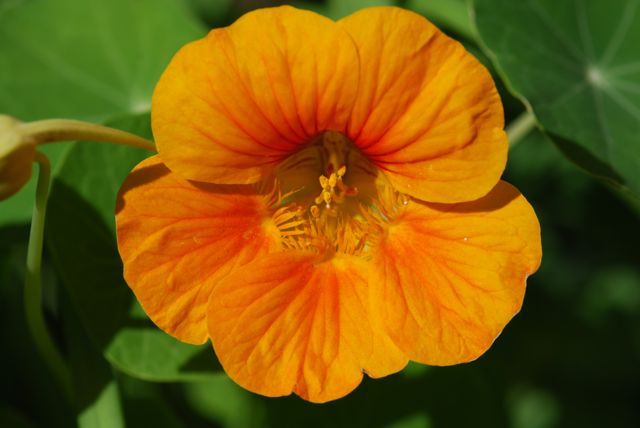 If you found this topic useful and you think your children might want to learn more about Latin and Greek roots in science, please let me know. It would be fun to delve more into this.

And if you have found interesting resources discussing scientific Latin and Greek, I would love to hear about them.