One sure sign of spring is when you see earthworms coming up during rains. You can collect a few specimens for children to observe and do some earthworm science activities. If you don't have abundant naturally-occurring earthworms, they are often available for purchase at bait shops or from worm farms that supply worms for composting.

If you are working with a number of children, you may want to create small groups to work together. Ask for volunteers to serve as the "worm wrangler" to help keep the worm on the plate for each group. Give each group a plate with a moist paper towel on it, plus paper to record their observations. Gently set an earthworm on the moist toweling and let the children observe them.

Look at your earthworm closely.

Draw your earthworm on a piece of paper.
Have the children think about the earthworms and write down any questions. Some of the answers may be in the earthworm information section below. Research the answers to the rest.

Return the earthworms to the moist soil as soon as possible and release where they were found. If you purchased them, consider preparing a compost bin and use the worms to recycle table scraps. Raising worms can be a great long term science project. (See the instructions for setting up a worm bin at the end of this post.) 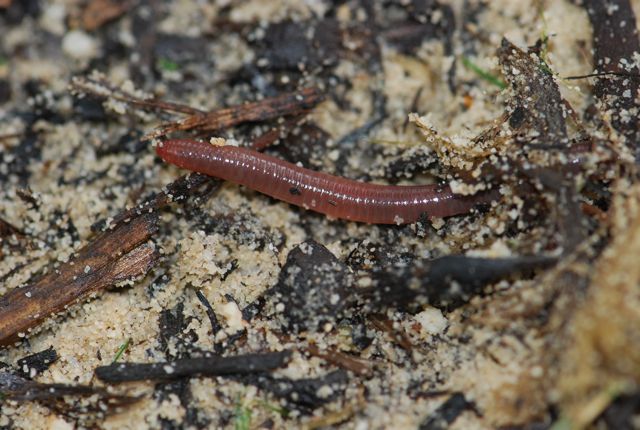 What do earthworms eat?

Many children will answer that earthworms eat soil. This answer is partially true for the types of earthworms that spend most of their time underground. Although they appear to eat the dirt, the parts that they actually digest are the soil microorganisms, such as bacteria. The rest of the soil simply passes through the digestive tract.

Other kinds of worms, such as the red wigglers used in worm bins, live naturally at the surface in piles of dead leaves. These kinds of worms break off bits of dead plants with their mouth (they don't have teeth) and eat them. Sometimes they will drag a dead leaf into a burrow in the soil and eat it there. 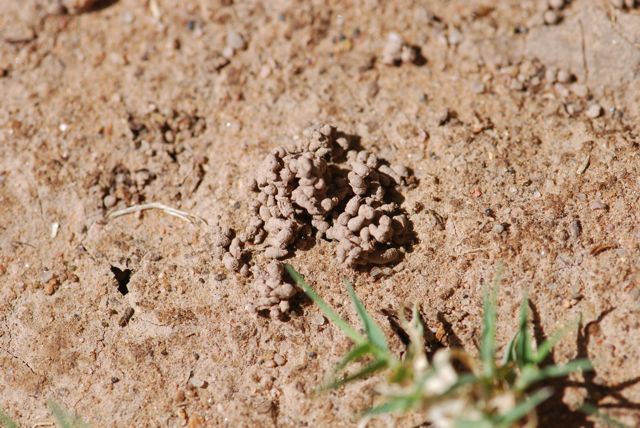 What are earthworm castings?

Casting are simply the remains that have passed through the earthworms. Some types of worms that live in burrows leave their castings at the soil surface.

The castings are full of nutrients for enriching the soil. Some people keep earthworms in a worm bin so the worms turn kitchen and garden scraps into valuable worm castings (see more about that below).

How do earthworms move?

Earthworms have sets of muscles that alternately squeeze them, pushing them out like a tube of toothpaste. Then another set of muscles pull them together again. Stiff hairs called setae on the outside of their skin stick into the soil to help them move forward. 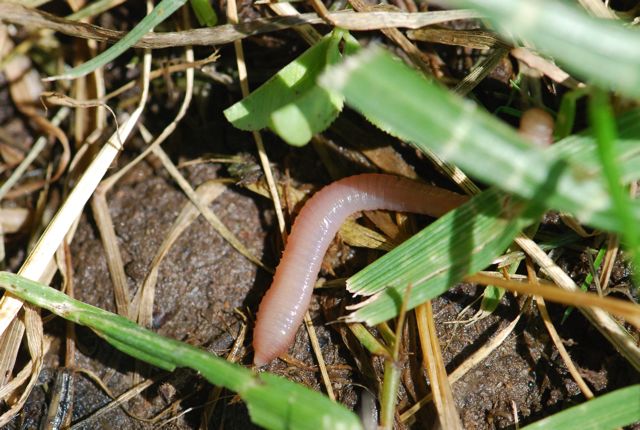 In the original of the photograph above you could see the setae, but at this size they just look like bumps. Look on a real earthworm and see if you can spot them.

The type of worms that do well in worm bins are the red wigglers. They are relatively small, as as the name implies, actively wiggle around. In fact, if the red wigglers are disturbed by the conditions of the bin, they may wriggle right out. You can often find someone with a bin who is willing to donate a few. otherwise, you can buy them.

Rather than writing out all the instructions to make a worm bin, here's a quick video to show you how to set one up.

Worm bins don't take up much space and should not smell bad -- the first question everyone asks. Making a worm bin is an absolutely wonderful project to do with kids. We kept a worm bin one year. I still remember when we found our first cocoon, which is the structure the earthworms form around their eggs. It was so exciting!

I could go on and on about earthworms. Please let me know if you have any comments, questions or suggestions.

Do you have a worm bin?

See our growing list of compost/decomposition books for children. 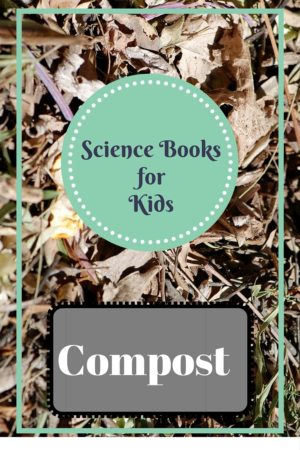