This week our science fun has been inspired by a book that just came out, Planting the Wild Garden by Kathryn O. Galbraith and illustrated by Wendy Anderson Halperin. See Wrapped in Foil blog for a full review.

Planting the Wild Garden is a beautifully illustrated picture book that is a delightful introduction to the ways wild seeds move around (are dispersed).

Plants can't move once they start growing, yet we see plants almost everywhere. How did they get there? Most travel as seeds. Seeds have many different ways to spread and scatter.

In this video from the Life of Plants by David Attenborough we get to see some marvelous footage of the amazing ways seeds move.

Here at Growing with Science we have a regular feature called Seed of the Week. Take a look at some of the seeds and guess how they might be transported from place to place. For example, check the Chinese elm seeds (samara) with their tiny wings. Don't they look like they could fly?

Go outside and look for seeds, particularly in the fall. Observe them and try to figure out how their structure helps them get from place to place. Look at them through a hand lens. Toss them in the air. Blow on them. Put the seeds in a puddle. See if they will stick to your sleeve. Think about where you see seeds and how they got there.

Seeds like the sea bean can float from place to place. They don't have to be in a big body of water like the ocean either. A small trickle created by a downpour of rain may be enough to float seeds away.

Predict what will happen to each item and then test each item. Let the seeds or fruit float as long as possible to show that they might reach land without sinking. You might want to cut open a cranberry to show the seeds inside.  (Remember that cranberries are harvested by floating them in ponds). Does a cut cranberry float?

Scientists in Hawaii needed to know how plants arrived on the islands in order to protect native species and prevent introductions of invasive species. A scientist named Henry Guppy placed different seeds in jars of seawater for several months to see how long they could float. Design your own experiment to test which seeds float in your area and investigate how they do it.

Have you ever gone to the beach or the shore of a lake? Look for seeds on the shore that were carried there by water. 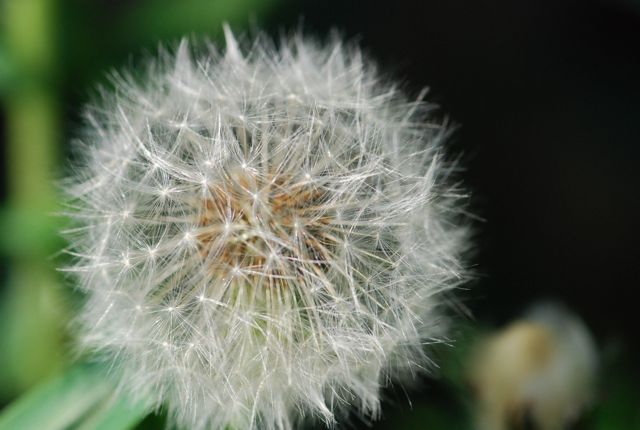 Most of us have seen seeds flying in the air at one time or another. Dandelions, milkweeds, maple keys and cottonwoods are just a few examples of trees with seeds that ride the wind. 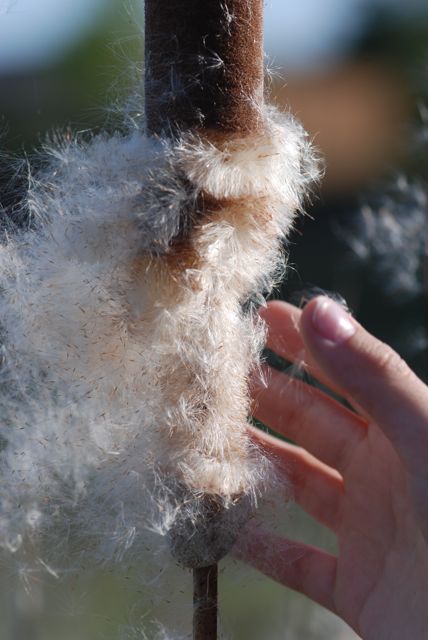 Dandelion and cattail seeds fly with structures that are like tiny parachutes. If you are interested, try investigating parachutes.

Advanced:
Design an experiment to test how far a dandelion seed can fly. How would you measure it?

Maple keys are so interesting that scientists take high speed movies of them to discover the secrets of their movements. According to one study, the keys produce swirling air like mini-tornadoes while they spin.

For more about maple key science, try these links: 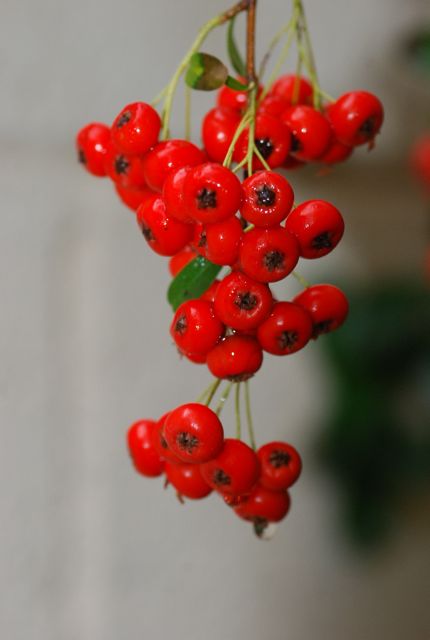 Animals also transport a lot of different kinds of seeds. Whenever an animal, such as a bird, eats a juicy bit of fruit like this pyracantha berry, it ingests the seeds. The seeds end up on the ground later on. Other animals, like squirrels, may bury seeds and forget where they are.

Some seeds, like burdocks, hitch a ride by being sticky or latching on the fur of mammals.

We often think of big animals moving seeds, but tiny ones move a lot of seeds, too. Check for a related post at Wild About Ants for information about ants and seed dispersal.

Finally, by far the coolest are the seeds that pop out of the pods and shoot away. Plants with this kind of dispersal include jewelweed, lupines and Scotch broom. See if you can find a plant that does this and try it out.

And don't forget to pick up a book about seed dispersal, such as Planting the Wild Garden, to learn more and inspire your own investigations.

Part of our growing list of Children's Books about Seeds at Science Books for Kids. 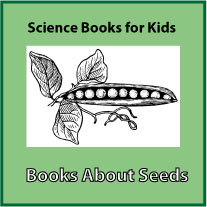 Disclosures: The book was provided for review purposes. Also, I am an affiliate for Amazon. If you click through the linked titles or ads and make a purchase, I will receive a small commission at no extra charge to you. Proceeds will be used to maintain this self-hosted blog.

2 thoughts on “Weekend Science Fun: How Seeds Get Around”