Was it a twig or insect sitting on a black raspberry plant in our last Bug of the Week post? 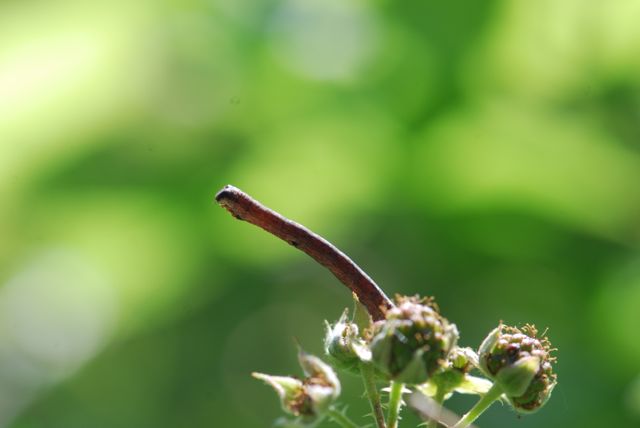 It was hard to tell, but this is a photograph of a looper or inchworm caterpillar (family Geometridae). In fact, because so many caterpillars in this family resemble twigs they are commonly called "stick caterpillars." 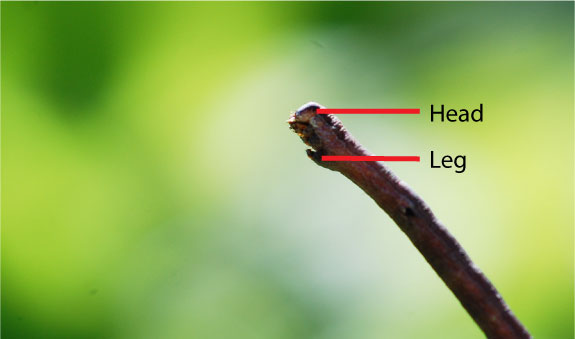 When I approached, the caterpillar was moving in the typical looping fashion across the plant. I startled it when I stopped to take its photograph, and the caterpillar rose up and straightened. It held this position for as long as I watched it, which was several minutes.

If I hadn't seen the caterpillar moving prior to taking this stance, I probably wouldn't have even noticed it.

This caterpillar will eventually turn into a moth, making it an appropriate way to announce:

See if there are any National Moth Week events in your country or state.