Water is plentiful in western New York and so are aquatic insects. Our featured insect is one example. For the first time for Bug of the Week we have an adult stonefly. 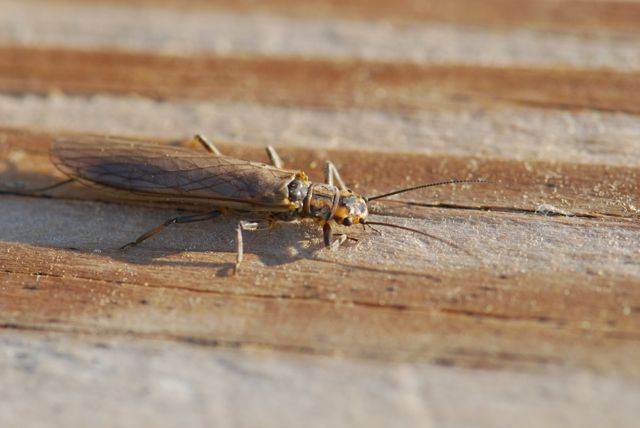 The adult stoneflies have wings that fold over their back. They have two slender antennae in front, and a pair of similar but shorter structures in the back called cerci. 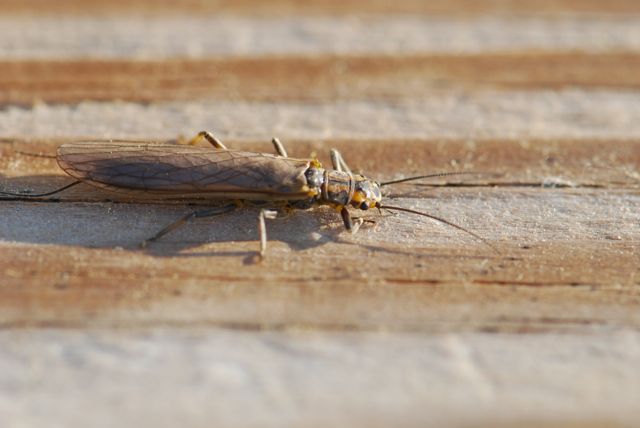 You can see the cerci in the left of this photograph. They look like two "tails."

The immature stoneflies are called nymphs or naiads. Like the adults, they also have two cerci. They live in the water where they feed on algae, detritus, or some of the bigger ones may prey on other aquatic insects.

Many types of fish eat stoneflies, both nymphs and adults. Fisherman study stoneflies so they can tie realistic ones for fishing.

You can see a few examples of stonefly nymphs in this video. Caution:  this man is extremely passionate about stoneflies. It might just rub off on you!

Do stoneflies occur where you live? Have you ever seen one?