Summer is a perfect time to study fish because we are often near or in the water where fish live.

What are fish? Fish are animals with fins and a backbone. Most breathe with gills. Bony fish have scales covering their body.

Learning about the names of the external structures of fish can help with identification and understanding of fish behavior. 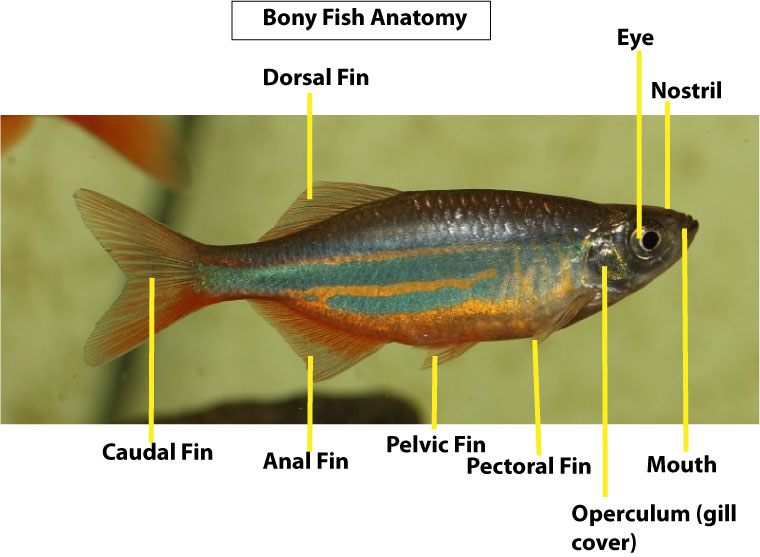 The fins help fish move through the water, steer, and also to stop. The position and types of fins vary with different kinds of fish.

Water carrying oxygen passes into the mouth, over the gills where some of the oxygen is removed, and then out from behind the operculum (gill cover).

The mouth shape varies depending on what kind of food the fish eats.

The nostrils detect odors or chemicals in the water, important for finding prey and avoiding predators.

Reinforce learning by having the children draw or make their own fish and then label and talk about the different parts.

The jawless fishes' skeleton is made of cartilage like the cartilaginous fishes, but they don't have jaws or paired fins. Their gill is a single opening in the top of their head. They don't have scales.

Bony fish have scales, jaws and their gills are on either side of their body. They have a skeleton made of bone. 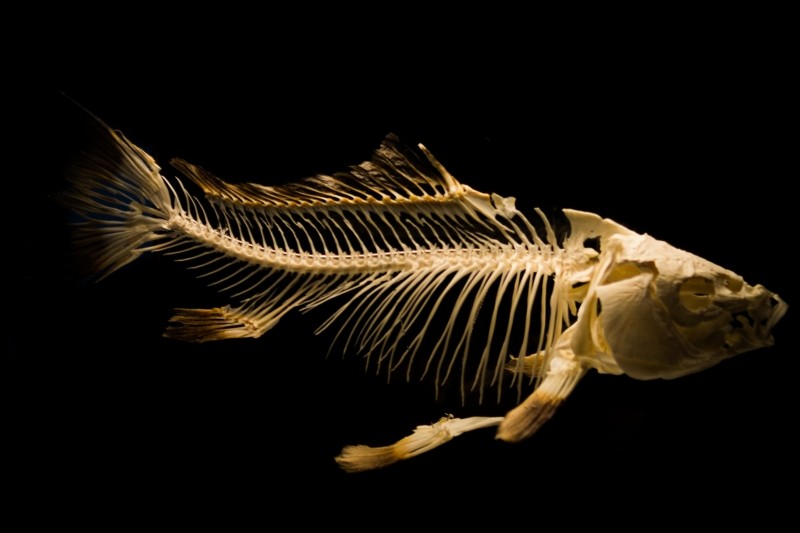 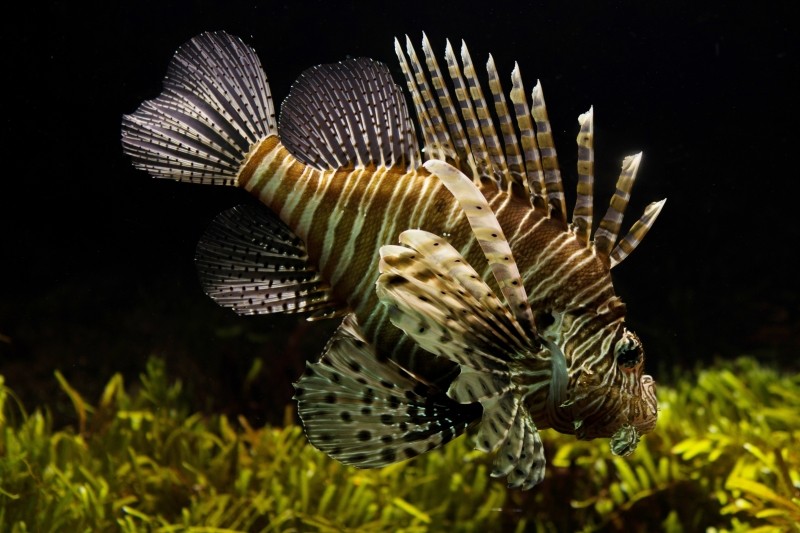 Cartilaginous fishes also have a skeleton made of cartilage, but unlike jawless fishes they do have jaws and some paired fins. They have gill slits on either side of the body. 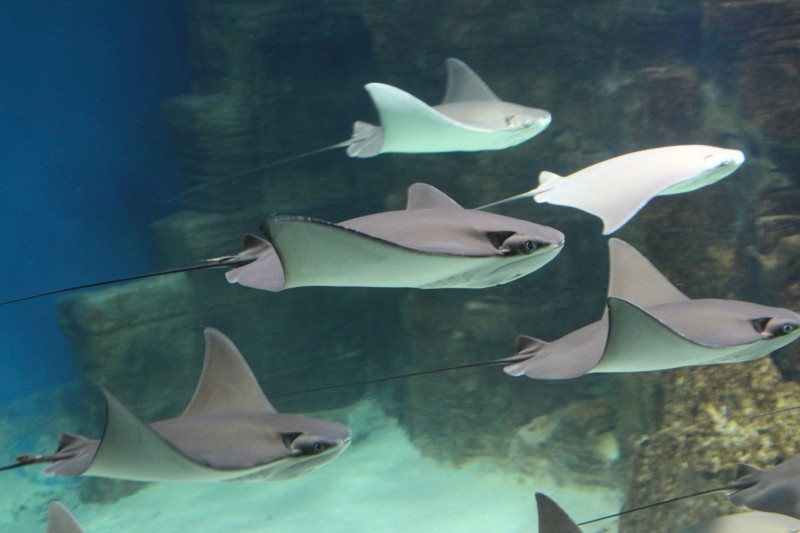 Pop quiz:  To which of the above groups do seahorses belong? (Answer at bottom) 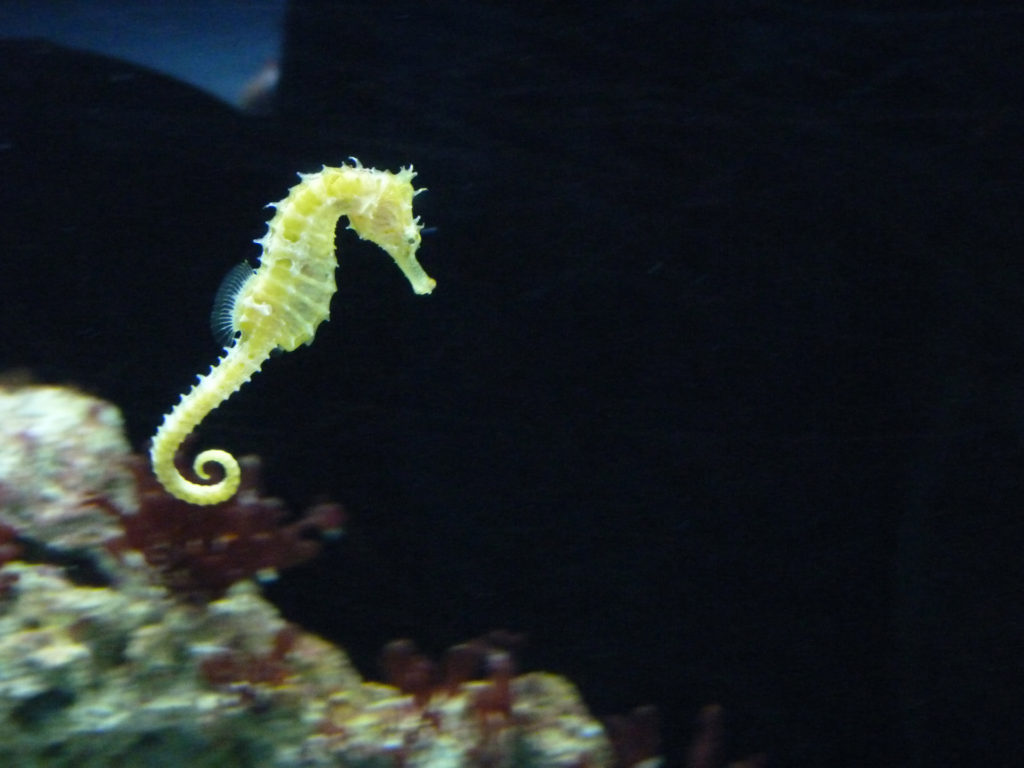 To reinforce learning, try some fish identification games. You can either print out prepared games or make your own. Try fish flash cards, a fish concentration game (make two copies of each fish card for making pairs), or make a board for fish bingo. Have your children create cards with different types of fish on them. Look for realistic fish stickers or images to download from the internet.

We often think of fish simply as little robots swimming around, but they can exhibit many fascinating behaviors. Take for example the "fishy fireworks" produced by this cardinal fish feeding on ostracods. If the ostracods light up, then the fish spits them out to avoid attracting predators.

Take some time to watch fish in a tank or pool. You might discover fish playing, schooling (TED lesson), or fish defending themselves. We recently found out there is some evidence fish can suffer from motion sickness.

Record your observations in a notebook. If you have any questions, plan an experiment to test your ideas. 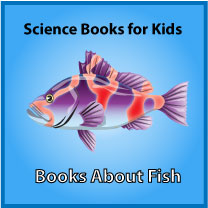